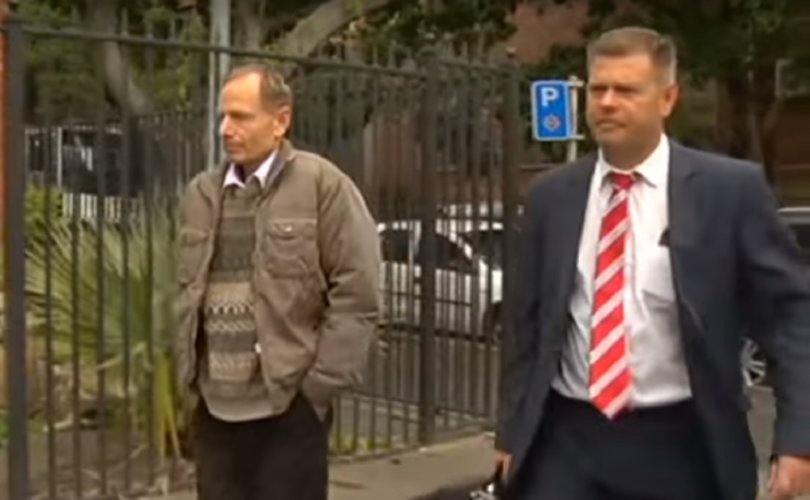 September 24, 2018 (LifeSiteNews) – Sean Davison, a New Zealand citizen who was convicted of assisted suicide in Dunedin, appeared in a South African court on Wednesday on a murder charge.

The charge is in relation to the death of Anrich Burger, 53, who became a quadriplegic after a motor vehicle accident in 2005. He was not terminally ill.

In 2014 the accused told News24 how he helped Mr Burger, a close friend of his, end his life with lethal drugs in November the previous year.

Mr Burger's fiancée was not present nor informed of the plan, since she did not support assisted suicide or euthanasia.

The State alleges that the murder was premeditated and that new information suggests that the accused may have committed other similar offences.

In 2011 Mr Davison was sentenced to five months' house arrest in Dunedin after pleading guilty to counselling and procuring his mother's suicide.

Mr Davison, 57, is the president of the World Federation of Right to Die Societies, the international organisation of which the New Zealand End of Life Choice Society (formerly the Voluntary Euthanasia Society), is a member.

“Not all quadriplegics want to die, but those who do want to, should have the option,” said Mr Davidson after his speech at the Federation's Conference in 2014.

On its website the Federation supports euthanasia and assisted suicide for “all competent adults with incurable illnesses” – not only those with terminal illnesses and six months to live.

“Mr Davison's words and actions demonstrate that 'assisted dying' advocates don't really want a narrow law limited to terminal illness, but one that would eventually allow virtually any competent adult with an incurable condition to be eligible, including people with disabilities,” says Renée Joubert, Executive Officer of Euthanasia-Free NZ.

The End of Life Choice Bill, which is currently before the New Zealand Parliament's Justice Committee, proposes legal assisted suicide and euthanasia for people with terminal illnesses or other “grievous and irremediable medical conditions.”

“Disabled people would be included under both clauses of David Seymour's Bill,” says Ms Joubert. “Terminal illness involves disability. So do many other longstanding physical and mental conditions.”