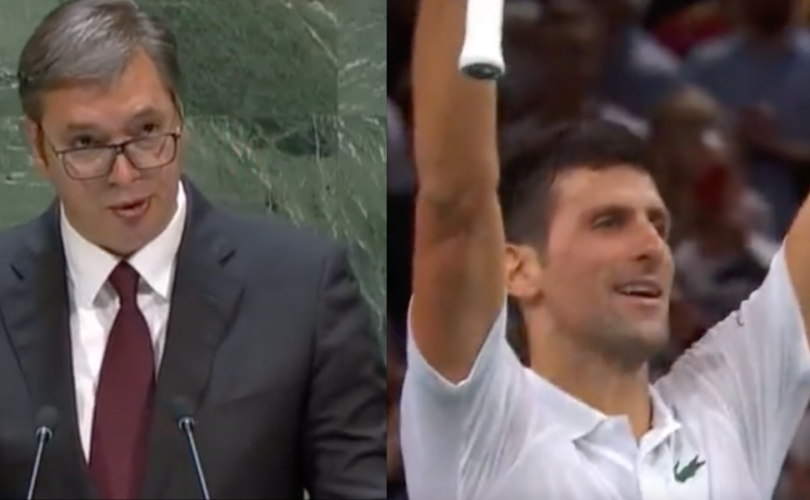 BELGRADE (LifeSiteNews) — Australia’s decision to deny Novak Djokovic, who hails from Serbia, entry to Australia has become an international incident.

The president of Serbia, Aleksandar Vučić, has said that he has spoken to Djokovic and is in the process of intervening in the dispute.

“I’ve just finished my telephone conversation with Novak Djokovic,” Vučić posted on Instagram. “I told our Novak that the whole of Serbia is with him and that our bodies are doing everything to see that the harassment of the world’s best tennis player is brought to an end immediately.

“In line with all norms of international law, Serbia will fight for Novak, truth and justice. Novak is strong, as we all know.”

As LifeSiteNews has reported, the tennis star had previously voiced his opposition to the Covid-19 vaccination and mandates, including travel mandates. He was to be allowed entry to Australia on the basis of a medical exemption, although the basis of this exemption is unclear.

The grounds for denying him entry are apparently due to a mistaken application for a visa which does not allow for medical exemptions. The Australia Border force have not yet given any comment.

The Grand Slam at the Australian Open is taking place in Victoria, the state governed by Daniel Andrews – one of the most committed proponents of Covid restrictions in the world.

Robin Monotti, the London-based filmmaker, architect and close associate with Mike Yeadon, has called for other players to boycott the tournament:

The hashtag #WeAreNovak is trending on social media.

This is the first international dispute over Covid vaccination requirements involving direct intervention by a head of state on behalf on an unvaccinated citizen.

Meanwhile, it has come to light that Djokovic gave $25,000 in aid to Australia communities damaged by fire in January 2020.

Yes, @MariaSharapova I would like to match your $25k donation to double the aid sent to these communities. We stand by you, #Australia. 🙏🏼 https://t.co/wiUZHzg9cz