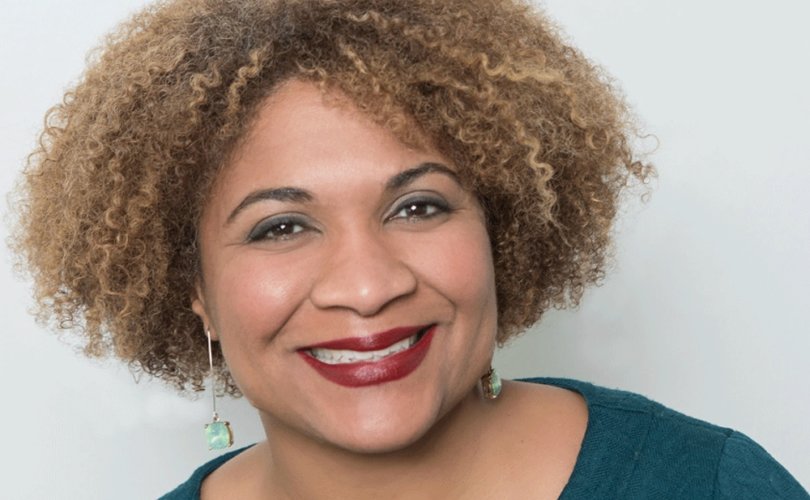 WASHINGTON, D.C. (LifeSiteNews) — The president of National Women’s Law Center was unable to define what a woman is during a U.S. House of Representatives hearing this week.

On July 13, U.S. Representative Andrew Clyde (R-Ga.) asked Fatima Goss Graves for the definition of “woman,” as liberals across the country remain unable to agree on an answer, according to a video posted by the Post Millennial.

Rep. Clyde: “Since you’re the president of the National Women’s Law Center, I was hoping that you could define what a woman is for us” pic.twitter.com/8LIqQFEVeW

“Since you’re the president of the National Women’s Law Center, I was hoping that you could define what a woman is for us,” Clyde asked.

“As the president of the National Women’s Law Center, you can imagine I say ‘woman’ a lot in my day job,” Goss Graves responded, avoiding the question.

“OK, so I’m just asking for the definition,” pressed Clyde.

“What I’ll tell you is, I am a woman,” Goss Graves said, raising her voice. “That’s how I identify. But I wonder, however, if in part the reason that you’re asking the question is that you’re trying to suggest that…”

“I think it’s actually really important to be very clear here that there are people who identify as nonbinary, I think about 5% of young people… who can be pregnant,” Goss Graves responded.

“OK, alright, we’re not gonna go there,” Clyde interjected. “I was hoping that maybe you would say something that maybe we learned in high school biology that has to do with X and Y chromosomes which define male and female, but I guess we’re not going to get there.”

— Article continues below Petition —
DEFEND Mothers and Babies Against Powerful CEOs Paying Female Employees to Abort!
Show Petition Text
5497 have signed the petition.
Let's get to 6000!
Thank you for signing this petition!
Add your signature:
Show Petition Text

The recent difficulty in defining “woman” was explored by Matt Walsh’s documentary What is a Woman? In the documentary, the Daily Wire columnist reveals how difficult it is for progressives to answer this simple question.

This is a real exchange that just occurred in a United States Senate hearing where a Democrat abortion witness accuses @HawleyMO of causing violence because he said that only women can get pregnant. pic.twitter.com/eyu7v4mdCm

Similarly, during confirmation hearings this March, Supreme Court associate justice Ketanji Brown Jackson was asked by Sen. Marsha Blackburn (R-Tenn.) to define what a woman is.

Sen. Marsha Blackburn: “Can you provide a definition for the word woman?”

Judge Ketanji Brown Jackson: “I can’t. Not in this context. I’m not a biologist.” pic.twitter.com/BK1ENBdYcG

However, Jackson replied, “I can’t.” She added, “Not in this context, I’m not a biologist.”

“Senator, in my work as a judge, what I do is I address disputes,” she continued. “If there’s a dispute about a definition, people make arguments, and I look at the law and I decide.”

“The fact that you can’t give me a straight answer about something as fundamental as what a woman is underscores the dangers of the kind of progressive education that we are hearing about,” Blackburn responded.