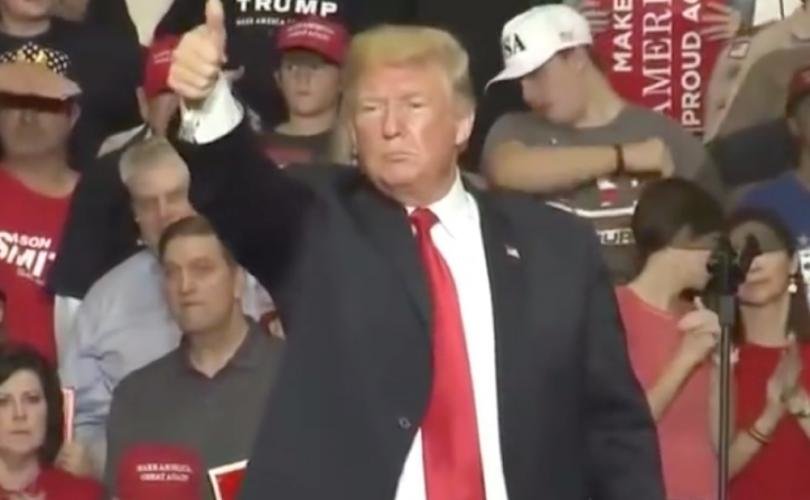 President Trump at a November 5, 2018 rally in Missouri

GRAND RAPIDS, Michigan, September 30, 2019 (LifeSiteNews) — Fr. Frank Pavone believes that President Trump is “the most pro-life president we’ve ever had.”

Pavone made his remarks in an exclusive interview with LifeSiteNews an hour before he took the stage at HELP Pregnancy Crisis center’s fall fundraiser in Grand Rapids, Michigan on September 19. Pavone is a Catholic priest who served on President Trump’s pro-life advisory commission in 2016. He has been the national director of Priests for Life since 1993.

Pavone told LifeSite he believes that “a few of the highlights” of Trump’s “many pro-life accomplishments” include his defunding of Planned Parenthood, appointing pro-life judges, and expanding the Mexico City policy.

“Without a doubt, he has fulfilled what somebody told me during the 2016 campaign … one of his advisers said to me, ‘If he’s elected, he will do everything that past pro-life presidents have done, and more.’ And that has proven true.”

Pavone told LifeSite pro-lifers are “winning” across the United States thanks in part to the president’s pro-life advocacy. He also said the Democratic Party has moved far beyond Bill Clinton’s “safe, legal, and rare” stance on abortion.

Approximately 400 Christians, including many young families, attended Fr. Pavone’s speech at the HELP Pregnancy Crisis center’s fundraiser later in the day. The primary focus of his address was that there is a “war” going on between the abortion industry and pro-lifers and that they cannot coexist.

Pavone praised his audience for having voting “the right way” in 2016. Before Donald Trump, Michigan had not previously supported a Republican running for president since 1988. Trump held a rally in West Michigan in March of this year.