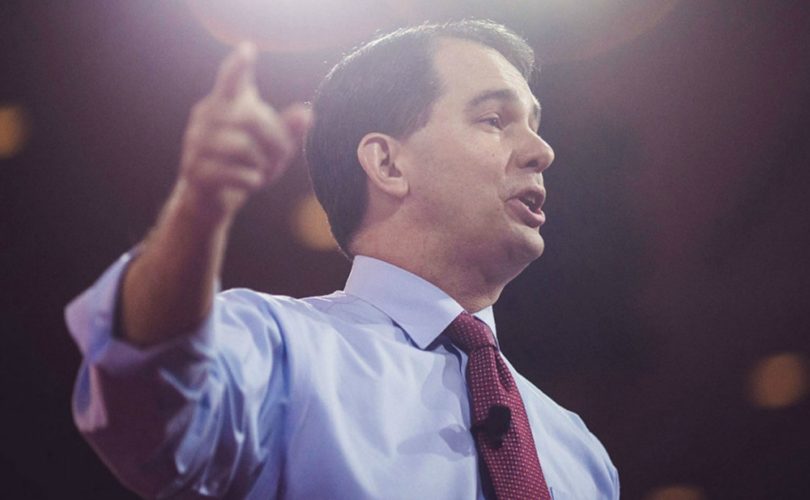 WASHINGTON, D.C., July 15, 2015 (LifeSiteNews) – Defunding Planned Parenthood has been a goal of the pro-life movement since 1973. But Congress, and several 2016 presidential contenders, seem to believe the nation has reached a tipping point following the revelation that its abortion facilities sell organs they harvest from aborted babies.

Several presidential candidates made or renewed their call to defund the group, which performed more than 300,000 abortions last year.

Wisconsin Gov. Scott Walker, who just entered the 2016 presidential race last week, told Buzzfeed the video “is absolutely horrifying and disgusting. Planned Parenthood and the Democrats who vote to fund this organization owe the American people an explanation for these heinous, and possibly illegal, actions.”

“Practices like this cannot be tolerated, which is why as governor, I defunded Planned Parenthood,” he added.

Florida Sen. Marco Rubio told Politico he was “sickened by the complete disregard for innocent unborn life evident at Planned Parenthood. I’m proud that one of my first actions in the Senate was voting to defund this organization.”

Not to be outdone, Sen. Rand Paul sent no fewer than 14 tweets about the video on Tuesday, several referencing his new petition to defund Planned Parenthood.

It's time for the American people to demand Congress take action. It's time to defund Planned Parenthood! (1/7)

Paul also asked, “Where are the hard-hitting questions for pro-abortion Democrats on their support for this kind of madness?” The media double standard on abortion has been a recurring theme of his.

Even former New York Gov. George Pataki, the only Republican presidential hopeful in the race to openly support abortion-on-demand, has called for defunding the abortion giant.

“The video is abhorrent and Governor Pataki would support ending federal funding for Planned Parenthood,” said David Catalfamo, a spokesman for Pataki, in a statement.

This is a shocking and horrific reminder that we must do so much more to foster a culture of life in America: https://t.co/2BeGBHlYfs

Dr. Ben Carson also tweeted, “#PlannedParenthood and their enablers must be stopped from these barbaric practices. #HealInspireRevive”

Meanwhile, in Congress, Rep. Diane Black, R-TN, asked Congress to move to end the taxpayers' subsidies, which in all total more than half-a-billion dollars.

“The fact that Planned Parenthood performs upwards of 327,000 abortions a year is heartbreaking and barbaric enough on its own,” she said. “The news that its employees engaged in the harvesting of aborted babies’ body parts is almost too much to bear and is incredibly revealing as to the true nature of the big abortion industry.”

“Planned Parenthood’s disregard for innocent human life is even worse than we imagined. As a nurse for more than 40 years, I am passionately pro-life but this latest discovery has taken us beyond the pro-life versus pro-abortion debate,” said Congressman Diane Black. “Anyone who can watch this video and continue to justify taxpayer funding of Planned Parenthood is simply defending the indefensible.”

“I support the calls for a Congressional investigation of Planned Parenthood, but that is not enough. Now that we are armed with further proof of this agency’s atrocities, Congress must act immediately to pass my legislation – The Title X Abortion Provider Prohibition Act – so that we can cut off its largest stream of federal funding without delay. I look forward to making the case to House leadership for this bill’s immediate consideration,” she concluded.