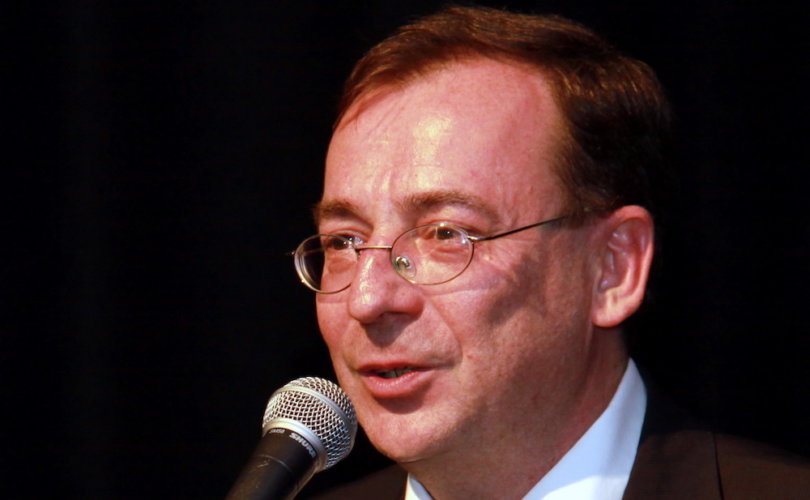 Correction: This article originally misidentified Kamiński as the head of the Polish Internal Security Agency.

May 19, 2016 (LifeSiteNews) – Last week, Mariusz Kamiński, the new government minister in charge of special services, revealed that the Polish Internal Security Agency under the previous government had been spying on law-abiding Polish citizens. The agency, which reports to him, is responsible for preventing threats to Poland’s internal security, including terrorism and corruption. Kamiński said that many journalists and bloggers, but also pro-lifers and even a Catholic priest were spied on by the past government.

The shocking information was revealed on May 11 in the lower house of the Parliament (Sejm), where Kamiński presented a report on the activities of the agency under the previous government during the eight years of rule by the Civic Platform (PO) and the Polish People Party (PSL) coalition.

The audit encompassing the period between 2007 and 2015 showed that the agency had monitored many groups opposing the government.

Among the victims of government spying were participants of legal public gatherings. Kamiński mentioned the “Poland, Wake Up!” march in 2012, organized in Warsaw by the then-opposition Law and Justice Party, Catholic radio station Radio Maryja, and the trade union Solidarity (NSZZ Solidarność). The agency gathered the names and phone numbers of local coordinators, the names of transportation companies that bused people to Warsaw from all over Poland, their itinerary and their license plates. Kamiński called the former agency’s practice “absolutely non-standard.”

Additionally, Kamiński said that the ABW was also involved in monitoring certain patriotic events. “This interest included demonstrations organized by pro-life movements. There are reports written by ABW secret informants who passed on information about the conversations in the buses.”

Kamiński added that the names, addresses and national identification numbers of participants in hundreds of manifestations were found in the ABW archives. He clarified that those people were not accused of breaking any law, but had only participated in legal gatherings.

Kamiński also said that the agency spied on 52 journalists. The agency procured their phone records, analyzed their contact information, and gathered their addresses, as well as information about their families.

What’s more, the professional meetings of some journalists were observed and photographed. Two journalists had their phones tapped.

Among the many journalists under surveillance were those of the daily Rzeczpospolita, which had covered a scandal over gambling legislation in 2009. Kamiński also mentioned an ABW search of the office of the weekly Wprost,  which had published private conversations between Civic Platform politicians recorded in a restaurant by a waiter. The scandal was named Waitergate. Kamiński called both actions “illegal and unwarranted.”

Kamiński concluded that while the secret services were very active in spying on their citizens, it lacked initiative in investigating the death of the president of Poland and others in Smoleńsk, Russia. In 2010, President Lech Kaczyński, his wife, many Polish military and Church officials, as well as members of the government, died in a plane crash. They were on the way to commemorate the 70th anniversary of the Katyń massacre of Polish intellectuals and military officers by the Soviets during World War II. Kamiński said that ABW did nothing to explain the circumstances and causes of the plane crash.

Instead, Kamiński accused the former government’s secret services of monitoring internet users who complained about the official handling of the crash. The agency also spied on so-called “defenders of the Cross,” who often gathered in front of the Presidential Palace in Warsaw to commemorate the death of Kaczyński. They wanted to remember Kaczyński by placing a cross in front of the palace. Among the defenders under surveillance was Father Stanisław Małkowski, who decades ago had been persecuted by the Communist secret police in Poland.