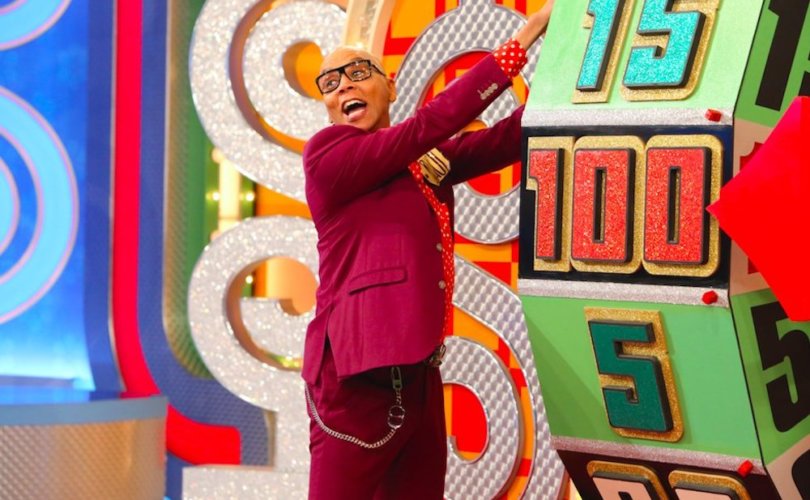 May 13, 2020 (LifeSiteNews) – The long-running game show The Price Is Right took a hit to its reputation as unifying family entertainment Monday evening with its guest host, Emmy-winning drag queen RuPaul, donating nearly $100,000 to the notorious abortion chain Planned Parenthood.

The host of RuPaul’s Drag Race joined the show’s current regular host, comedian Drew Carey, for the CBS special The Price is Right At Night, during which RuPaul pledged to give Planned Parenthood a donation matching the final total of prizes won by contestants.

RuPaul “coming on down” to play for Planned Parenthood on @PriceIsRight is what we NEED right now! Thank you, @RuPaul ��

Catch the episode on @CBS tonight at 8pmEST. pic.twitter.com/ukXQA1Oehp

CBS’ press release for the episode describes Planned Parenthood merely as a “charity,” with no hint that the organization killed 345,672 preborn children last year while receiving more than $616 million from the federal government, $430 million in private revenue, and $591 million in charitable contributions.

Many former fans of the show took to social media to express their disgust:

With such an amazing opportunity to support a charitable organization, they chose to fund an abortion mill. So very sad. Hey Drew – if ratings=sacrificing the most vulnerable then The Price is Wrong.

Nothing like having fun on a game show to promote poisoning, burning, dismembering, exsanguinating, & crushing the skull of babies for convenience and profit!

I will NEVER watch @PriceIsRight or #DrewCarey ever again, nor will any of my family member and friends.#AbortionIsNotBirthControl#AbortionIsNOTHealthcare#AbortionIsMurder#ProLifeIsProWomen

What a disgrace #priceisrightatnight Long time fan but u lost me with support of PP. They don’t even let clients see the ultrasound while restrained during abortions. Shame.

Never thought would see the day The Price Is Right would support the murder of babies.

RuPaul, meanwhile, is involved in a range of LGBT activism and crossdressing-themed entertainment projects, including the promotion of children entering the drag world.