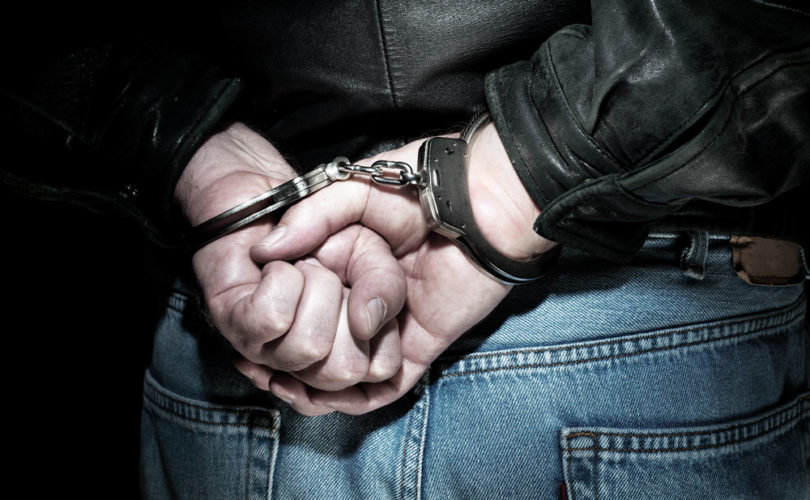 ST. JOHN’S, Newfoundland, February 28, 2018 (LifeSiteNews) —The victim solicited for sex at age 11 by a man in a Newfoundland shopping mall spoke out after a gay group demanded law enforcement apologize for arrests connected to indecent acts 25 years ago.

What happened was wrong, said the victim, Sean Cole, and he was taken aback by the local gay pride group’s call for an apology for the arrests made in the incident.

Cole would like to speak with St. John’s Pride co-chair Noah Davis-Power to convey the impact the “frightening” experience has had on him, VOCM Local News Now reported.

Cole said he knew what was going on in the stall next to him by the sounds and shadows on the ground. And when a note came under the bathroom stall door that blatantly and profanely propositioned him (LifeSite is not printing the contents of the note), he tried to get out of bathroom as quickly as he could.

After the adult solicited Cole in the bathroom, his parents contacted police. This prompted an investigation of pedophilia and discovery of a homosexual ring of adult males performing sex acts in the mall bathroom.

While no evidence of pedophilia was documented in the investigation, some 60 men were recorded on hidden camera having sex. Of the men caught on tape, 34 had various charges filed against them, and most had to pay fines connected to the incidents.

Many of the gay men were outed in the course of the investigation, The Telegram report said. Some lost their jobs and one committed suicide. One man had his conviction overturned, because though the judge agreed the act in his instance was indecent, the fact he was alone and no one else was present for the sex act meant the act wasn’t public.

Davis-Power is calling on the government and police to apologize for targeting gay men in a 1993 sting operation for what that Royal Newfoundland Constabulary (RNC) termed a homosexual ring operating out of a Village Shopping Centre bathroom.

Newfoundland and Labrador Premier Dwight Ball, his Liberal Party caucus, and the RNC could be barred from taking part in this year’s Pride Parade by the pride organization because of a disagreement over an apology to the LGBTQ community.

“We expect more than just lip service in terms of ally participation,” Davis-Power said in a report from The Telegram.

An apology was previously in the works between the Pride group, the Department of Justice and the RNC, based upon allegations of discriminatory conduct by the RNC during the investigation.

Davis-Power said he was told last Thursday the apology would take place and also that the RNC would investigate the same complaints in the same way today. He criticized the deputy minister of justice, saying the RNC would conduct the operation again in like fashion and “continue to antagonize the LGBTQ community in the same way.”

“The issue with this case was the pretense of the investigation in the first place, the way it was characterized by police, how the investigative techniques were deemed not adequate for the courts and they said they’d do it all again,” he said.

Once the apology was kiboshed, Pride suggested barring the RNC from its parade in July.

The Justice Department and the RNC had no comment on Friday, according to The Telegraph. However, RNC Chief Joe Boland said in response that the 1993 investigation into indecent acts in Village Shopping Centre bathrooms did not target homosexual men.

“I can assure you that this investigation was not carried out for the purpose of targeting homosexual men,” Boland said in a statement. “The investigative techniques used by the RNC in these cases were not challenged or criticized by the court.”

Justice Minister Andrew Parsons said he was surprised to learn about the potential ban after he read it in The Telegram.

“I don’t mind saying I’m disappointed when we have the threat of cutting out a political party or a police force from a public gathering, from the Pride Parade,” he said. “This was literally never discussed in any conversation and I don’t think that’s productive.”

In November, Prime Minister Justin Trudeau apologized to the LGBTQ community in Canada for past-alleged mistreatment after a $100 million class-action lawsuit was awarded to former military members and federal employees alleging discrimination for their sexual orientation. Davis-Power was involved in working on that apology as well.

In June 2016, Toronto police chief Mark Saunders apologized to the LGBTQ community for bathhouse raids by police in 1981 that resulted in the arrest of 300 men.

Cole said that to suggest what was taking place in the mall bathroom when he was solicited for sex at age 11 was simply a homosexual sex ring with like-minded individuals is wrong because he was just a kid.

Cole said it’s something he will never forget, and he wants people to know that it was far more serious than some may remember.