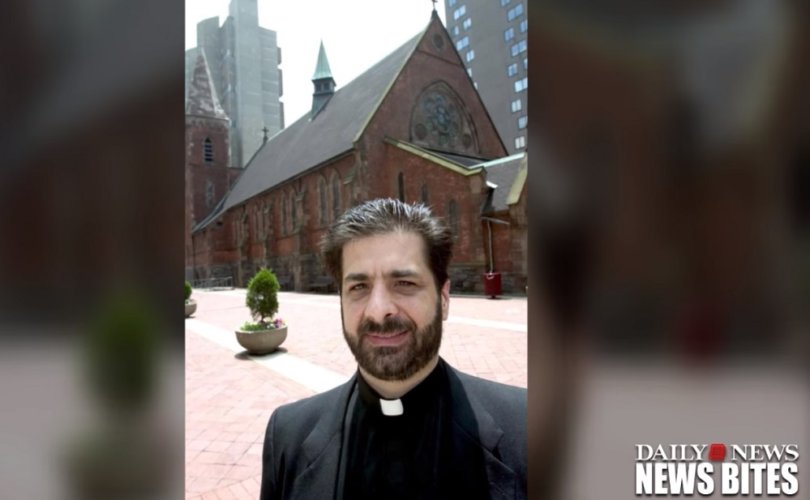 BRICK, New Jersey, July 14, 2020 (LifeSiteNews) — A New York City priest who resigned in 2016 after parishioners filed a lawsuit charging that he had embezzled almost $1 million to pay for narcotics and the services of a male prostitute was found dead on July 9 in his New Jersey home.

At the time of his death, Fr. Peter Miqueli, 57, who was suspended last year by New York’s Cardinal Timothy Dolan, was reportedly the subject of a canonical investigation recommending laicization.

Among the more sordid allegations found in the lawsuit were that Miqueli had engaged in sado-masochistic behavior with Crist, who would “force Father Maqueli to drink Keith Crist’s urine.”

Also party to the lawsuit was Cardinal Dolan, who it claimed had failed to stop “Miqueli’s scheme.” It said, “This lawsuit seeks to finally put an end to this truly sinful conduct so that the St. Frances De Chantal Parish can regain the strength, spirituality, and faith it once had before Father Miqueli arrived.” Parishioners established a website in 2014 to voice their concerns about Miqueli and demand his resignation.

According to a letter to St. Frances of Chantal parish from Bishop Gerald T. Walsh, the Bronx District Attorney’s Office completed an investigation of finances at the parish. The probe determined, according to the letter, that “$22,450.89 of personal expenses were improperly obtained” and “outside of Archdiocesan policies and procedures.” Indicating that these were Miqueli’s personal expenses, the letter called for the money to be repaid.

The tone of a memo to priests issued by Vicar General Msgr. Joseph LaMorte directing clergy to include Miqueli in prayers for the faithful caused anger among various New York clergy, “put off by what appears to be ‘kid glove’ treatment of a priest who brought great scandal and disgrace to the priesthood, and who was in the process of laicization,” according to Church Militant (CM).

Although the Ocean County Medical Examiner’s office had scheduled an autopsy on the deceased priest’s body, no statement describing the manner of his death had been issued at press time.

Some priests of the archdiocese “suspect foul play, as it is believed Miqueli was preparing to reveal damaging information about archdiocesan corruption and cover-up related to the homosexual network, and was silenced before he could do so,” according to CM.

At the time of his death, no criminal charges had been brought against Miqueli and the status of the 2015 lawsuit remained unclear.