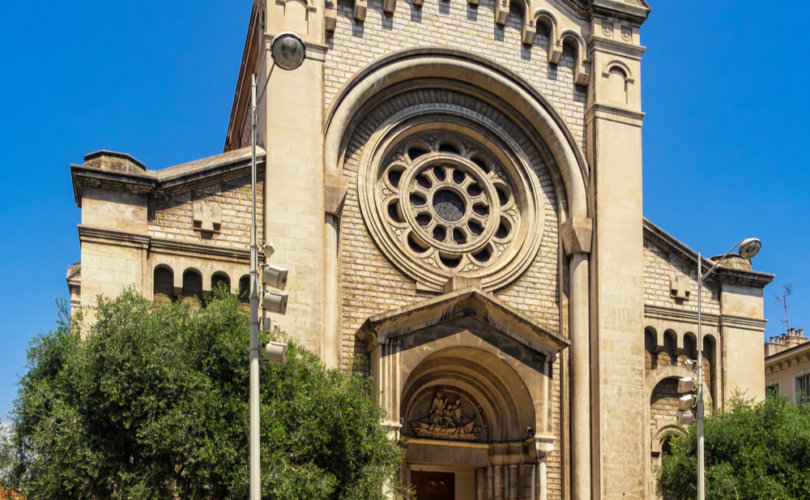 NICE, France (LifeSiteNews) — A French priest and a nun were both stabbed multiple times in a knife attack in Nice on Sunday.

The incident took place shortly before the 10 a.m. Sunday Mass at the church of Saint Pierre d’Arène, in the city of Nice in Southern France.

A 31-year-old French national from the nearby town of Fréjus, whom French media have only identified as “Kevin,” entered the church and attacked Father Krzysztof Rudzinski, a Polish priest who has served as an associate priest at the parish for over ten years. Rudzinski was stabbed over twenty times and sustained injuries to his leg and thorax.

The attacker also stabbed Sister Marie-Claude, who sustained injuries to her forearm as she tried to grab the knife. Both victims were attended by paramedics as police apprehended the suspect. They were then taken to hospital with non-life-threatening injuries.

Eric Ciotti, a local French politician representing the first constituency of Alpes-Maritimes in the National Assembly, praised the “extraordinary courage” of Sister Marie Claude in her attempt to disarm the attacker.

According to the French press, a third person also attempted to snatch the knife away from the attacker and sustained no injury.

Nice’s Mayor Christian Estrosi went to the scene of the crime and spoke with victims and police. He later took to Twitter to express his gratitude to the emergency services and his support to the parishioners, several of whom were in a state of shock following the attack and had to seek counselling.

“I want to thank the emergency services and the police for their exemplary work, and I send all my thoughts to the faithful of the parish,” Estrosi tweeted.

“An aggression took place this morning in a church in Nice. A priest was injured. His injuries are not life-threatening. I want to express my solidarity with the parishioners and to thank the police forces who quickly apprehended the suspect. The prefect is at the scene,” he wrote.

French authorities have said the attack was “not of a terrorist nature.”

According to police sources, the aggressor had no previous criminal records and suffered from mental illness.

Bernard Gonzalez, the prefect of police, said the suspect had been institutionalized multiple times prior to the incident. The pastor of Saint Pierre d’Arène, Father Gil Florini, said that the man was well-known to the faith community.

“He was a regular at the parish; we knew him well,” Florini said.

“There were days when he was exuberant, nice, happy, and when he would greet everyone. And then there were also bad days—like today, no doubt.”

Once apprehended, the attacker told the police that he wanted to kill Macron on election day but eventually decided to target a church instead.

The attack took place Sunday morning as French citizens were heading to the polls to cast their vote in the second round of the French presidential elections. The contest pitted French President Emmanuel Macron against Marine Le Pen, and Macron was ultimately victorious.

Nice was the scene of a knife attack in a Catholic church a year and a half ago. On October 29, 2020, three faithful Catholics were stabbed to death by a 25-year-old Tunisian national in an Islamist terror attack in the basilica of Our Lady of the Assumption.