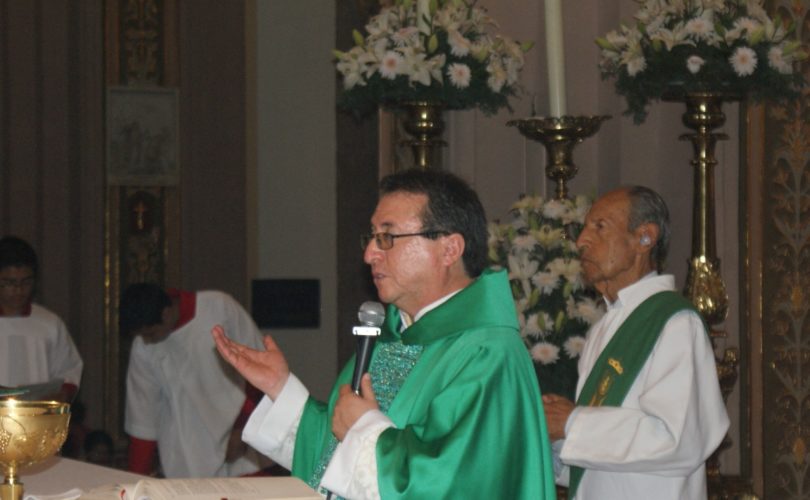 MEXICO CITY, September 25, 2015 (LifeSiteNews) – After being viciously attacked by media last June for saying homosexuality is a “psychological disorder,” Mexican priest Fernando Ovalle, chancellor for the Archdiocese of San Luis Potosi, has recently confirmed he stands by his previous comments and is not backing down.

“I didn’t say any lies or anything false,” he said, according to media reports. “That is my stance, it is a disorder, because I’m sharing my view as a pastor from people that come, that ask for help and for God’s guidance,” he explained.

Ovalle first made his comments during a Sunday homily on June 28. By the next day, headlines saying the Archdiocese of San Luis Potosi had made such statements were circulating in mainstream local media.

Juan Jesus Priego, spokesman for the San Luis Potosi Archdiocese, later made declarations to the press saying that Ovalle’s views did not correspond to those of the Church, and according to Pulso, he explained homosexuality had been long taken off the mental disorder manuals, and therefore “we cannot refer to it as a mental disorder but as a sexual preference.”

The Catechism of the Catholic Church clearly states that even though the “psychological genesis” of homosexuality “remains largely unexplained,” homosexual acts are “intrinsically disordered,” and  “under no circumstance can they be approved.”

Also, after Ovalle’s first comments, Jorge Vega, president for the Committee of Human Rights of San Luis Potosi, placed a complaint before Mexico’s National Council for the Prevention of Discrimination (CONAPRED) to have the priest investigated.

On July 4, just a week after Ovalle’s declarations, the LGBT community of San Luis Potosi held a march for Sexual Diversity. Media reported some protesters were carrying pictures of Ovalle.

Still, Ovalle recently refused to back down or apologize. “You made me famous,” he said to the press earlier this month. “They [the protesters] made me into a target, because they had [pictures of] me in their marches. I thought to myself, why did they not come looking for me? Let’s talk, maybe we’ll understand each other through dialogue.”

“It’s not discrimination,” he explained. “We have a family vision, a vision of faith, couples are one man with one woman, that has been the doctrine of the Church for two-thousand years.”