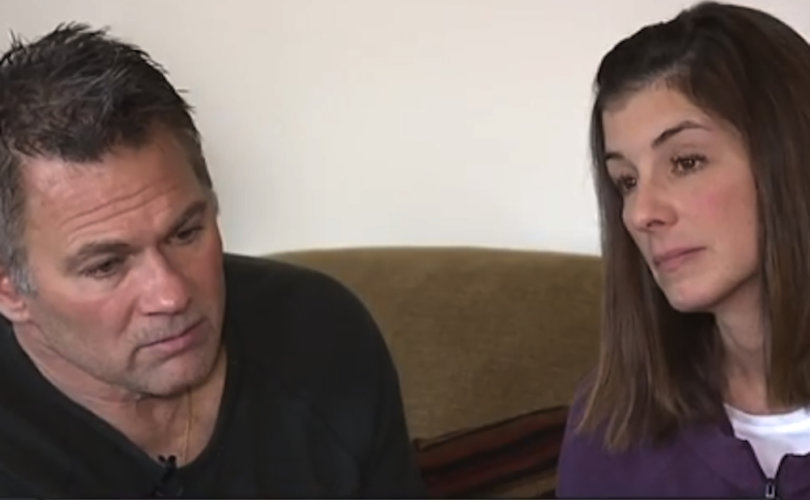 DETROIT, December 18, 2018 (LifeSiteNews) – Amid torrents of criticism, the Archdiocese of Detroit hastily moved to censure a priest who delivered a funeral homily steeped in Church teaching after the parents of the young man who committed suicide loudly complained to the media and church officials.

Complaints by Jeff and Linda Hullibarger, parents of 18-year-old Maison, who committed suicide, drew the attention of national secular media to Our Lady of Mount Carmel Catholic Church in Temperance, Michigan, where Fr. Don LaCuesta presided over their son’s funeral Mass.

The Hullibargers had met with Fr. LaCuesta in advance of the funeral and told him “what they expected in the homily,” according to an initial report by the Detroit Free Press.

“We wanted him to celebrate how Maison lived, not how he died,” said the boy’s mother.

“Maison didn’t deserve this,” Linda Hullibarger told The New York Times. “He basically called him a sinner in front of everybody. We were just blindsided.”

The parents were so incensed that they asked the priest to stay behind rather than accompany them to the cemetery when the Mass was over.

After his homily garnered national attention, the Archdiocese abruptly suspended Fr. LaCuesta from presiding over funerals while also demanding that all other homilies be “reviewed by a priest mentor,” according to a press release from the Archdiocese of Detroit.

The priest will also be “getting help from professionals – on human, spiritual and pastoral levels – to probe how and why he failed to effectively address the grief of the family in crisis,” continues the statement.

However, a review of Fr. LaCuesta’s text for his homily makes much of the criticism seem unwarranted, if not hyperbolic.

“Father LaCuesta was thrown under the bus, a fate that is typical for any priest who acts like a priest instead of a social worker,” said attorney and Catholic commentator Donald R. McClarey, writing at The American Catholic.

“The priest’s reputation has been trashed and he was sidelined by the diocese,” agreed Fr. John Zuhlsdorf, better known as “Fr. Z.”

“LaCuesta has been savaged in the print and electronic media and even deprived of faculties for preaching, ” noted canon lawyer Ed Peters at his Canon Law blog, adding, “all I can say is, God bless Fr. LaCuesta.”

“Contrary to how LaCuesta’s homily has been portrayed in the media, I don’t see Hell mentioned anywhere, anywhere,” said the canon lawyer, “nor any language that relegates this poor young man thereto, and instead I see clarion reminders of the mercy of Christ recited at least half-a-dozen times.”

I see, too, the moral gravity of suicide — itself approaching epidemic proportions among Americans today — directly acknowledged and fears about its eternal consequences candidly admitted, but I also see consoling references to how much more God knows about one’s life than do those even closest to him and how much that deeper, likely mitigating, divine knowledge leaves the rest of us mortals, grieving a suicide, room for real hope. And I see real sympathy for the powerless, abject suffering visited on those left behind by a suicide, on people who would have moved heaven and earth to help a child seriously considering self-destruction, but who are now forever bereft of that chance (save for their prayers for the departed, of course).

And yet these few, balanced, honest, words were twice interrupted by family members for their failure “to celebrate the life of the deceased’ and the secular media, always ready to encourage a ‘Let’s you and him fight’ scenario (That’s a huge part of this) when it comes to Catholics and the Church, fomented a picture of this priest as a heartless thug without citing so much as a single independently-reported word of his homily? Crimeny.

“The grieving parents of the suicide in this case naturally wanted a feel good ‘celebration of life’ ceremony for their dead son,” said McClarey. “But to do so by the priest would have been a dereliction of his duty as a priest.”

“He is now being punished for his willingness to quite charitably, and with great compassion, point out that teaching,” said McClarey, adding, “Christ warned His followers that persecution would be their lot.  He did not say, however, what is common in our day:  that the persecution would sometimes come from within the Church.”

“Funerals are delicate and funerals of suicides even more so,” he continued. “However, I have a sense that, perhaps, there may have been a somewhat comprehensive lack of long-term catechesis in the lives of the loved ones of that unfortunate young man.”

“I would not be surprised if some element in this sad story involves those involved having a presupposition that everyone, except perhaps Hitler, goes to heaven pretty much automatically and that’s why funerals are celebrations of life,” said Fr. Z. “No.  Funerals are for praying for the mercy of God on the soul of the deceased, no matter how he dies.”

The full text of Fr. LaCuesta’s homily can be read here.

The Archdiocese of Detroit’s press release can be read here.