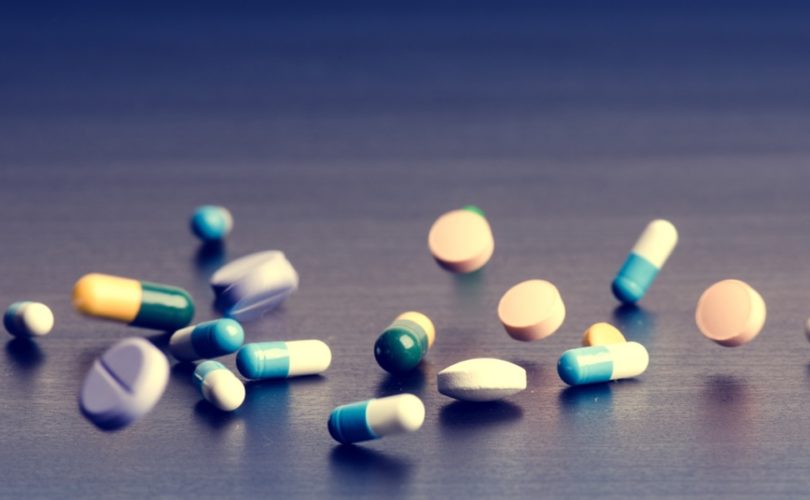 September 26, 2018 (LifeSiteNews) — American bishops are sending traditional-minded or conservative priests to psychiatric hospitals for “reprogramming” or as punishment, a priest blogger has alleged.

Father John Zuhlsdorf, also known as Fr. Z, wrote on his popular blog September 25 that the number of priests sent for psychiatric evaluations has increased, and that it’s conservative and traditional priests who are targeted.

“Over the last few months I have been contacted by diocesan priests (and a religious) who were being sent by their bishops (superior) to be ‘evaluated’ at one of these psych clinics for clergy,” he said.

In an “alarmingly similar pattern,” the bishop sends the priest to the psychiatric facility for an evaluation after some “dust up” in the parish, according to Fr. Zuhlsdorf, a priest who resides in the Diocese of Madison.

After two or three weeks, the priest is released, with the clinic assuring him all is fine, but then he’s summoned to see his bishop who tells him the institute has evaluated him “and it is always about the same” with “narcissism and borderline bi-polar,” wrote the priest-blogger.

The priest is then pressured to go back for treatment. He is told it will last “for three months or so,” but when he arrives, his cell phone is taken away, as is his shaving kit, the staff “start pumping him full of drugs and monitoring/controlling email,” and he is told it will be six months, Zuhlsdorf asserted.

“A common characteristic of the priests: they are conservative or traditionalists,” he added.

Zuhlsdorf has a friend who “was forced into one of these places and, when we could talk on the phone, he told me that I wouldn’t believe the number of conservative men there and what they were reading,” he wrote.

“After a few months of ‘treatment,’ I barely recognized his conversation, his focus was shot, and his words were slurred,” Zuhlsdorf noted.

It’s a coordinated effort by the bishops “as a way of stomping out conservative or traditionalists in their dioceses,” he suspects.

“In the last year, there was a period of a couple months in which several priests contacted me to tell me that they were going into the psych slammer at the order of their bishops. Before that, I hadn’t had any such call or contact.”

Moreover, the tactic has a chilling effect on all priests, he contended.

“Slam down hard with this ‘treatment’ on a priest and the rest of the presbyterate will get the message. In the long run, though it is expensive, it’s ideologically worth it,” wrote Zuhlsdorf.

“This is what Communists did in the former Soviet union,” the priest explained. “If a person dissented, he must be mentally ill. Kill or send most to the camps, but diagnose some with ‘sluggish schizophrenia’ and ‘treat them’… pour encourager les autres. Word gets around what’s in store for dissenters.”

Fr. Z’s blog post comes as Chicago’s Cardinal Blase Cupich reportedly ordered Fr. Paul Kalchik to St. Luke’s Institute in Maryland, which Zuhlsdorf describes as the “most (in)famous” of these institutes, for a psychiatric evaluation.

Kalchik, a pastor at Resurrection, went against Cupich’s wishes and privately burned a rainbow-and-cross banner a previous pastor had hung behind the altar, as well as reciting an exorcism prayer at the time. The parish has a history of promoting homosexuality, and there are allegations the now deceased late pastor committed homosexual transgressions on church premises.

NBC Chicago reported Auxiliary Bishop Mart Bartosic arrived last Saturday just before Kalchik was to celebrate a wedding, and ordered the priest to leave or be arrested for trespassing on parish grounds.

Fr. Z’s blog cites Rod Dreher’s American Conservative article on Kalchik. A former Catholic convert who is now Orthodox, Dreher has been investigating the burgeoning clerical sex abuse scandal in the Catholic Church, and quotes a priest who emailed him regarding Fr. Kalchik’s fate:

There is nothing that the laity can do to protect priests. Bishops have total authority over us. We can certainly walk away. We can leave. But Kalchick [sic] is a great example of what happens when a priest stands up to his bishop’s agenda. He’s probably done as a priest.

He can submit to St. Luke’s and get the evaluation, but St. Luke’s has an alliance with the bishops as well. It’s the bishops who pay the bill. When a priest goes there the priest must sign a release for everything he discusses to be turned over to the bishop and the diocese. So how is he supposed to deal with any real psychological issues he might have knowing that the data is going to be sent back to the bishop and put into files or even potentially released or used against him? Point being, the priest isn’t free. It’s a coercive environment. It’s rigged against priests and the information can be used by bishops to continue to manipulate those priests for years to come, all under the guise of “I just want Fr. X to be healthy.” What they are really after is reconditioning priests to act within a particular safe metric to avoid bad publicity or cause problems.  Sounds a bit Orwellian doesn’t it? …

Notice, none of this has to do with the abuse of children. Perhaps some with moral failure or bad decisions. Maybe decisions that would cause a layperson to lose their job. But in the priesthood, you get the shame of six months of incarceration in a lock-down facility and forced psychological treatment that even these facilities know you do not need. But they participate in the sham because it’s big revenue and they are cashing in on the bishop’s need to cover their liability. This is happening in large numbers throughout the country to priests.