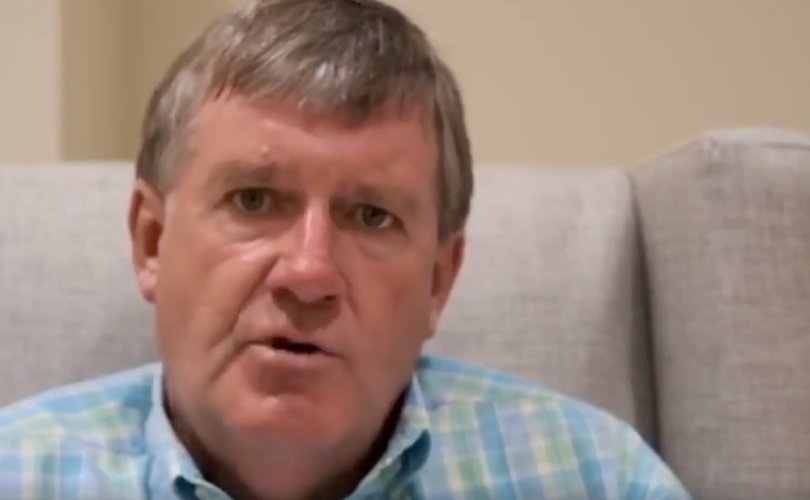 HATTIESBURG, Mississippi, July 14, 2020 (LifeSiteNews) – Because of the coronavirus, a pastor in the Diocese of Biloxi has distributed sacred vessels to the families in his parish. The heads of household are to hold hosts during the consecration and then distribute Communion to their families.

LifeSiteNews reached out to the Biloxi Bishop Louis Kihneman III for comment, but he did not respond by publication time.

Experts on liturgy consulted by LifeSiteNews reacted with shock and dismay at the plan, which has already been executed at Saint Fabian’s.

“This is hardly to be distinguished from a Protestant communion service,” said Father John Zuhlsdorf, popularly known as “Fr. Z,” and an expert on the reverent celebration of Mass.

“I don’t in the least think that this priest intends for all of this to be so infra dignitatem, so tacky. I’m convinced he is well meaning,” said Zuhlsdorf.  “However, it could be that he is simply so deeply tuned into a modernist frequency that he doesn't realize how bad this looks, he doesn't contemplate the potential sacrileges both unintended and intended.”

Zuhlsdorf raised a series of serious questions about the practice instituted at Saint Fabian’s:

The Mystery of the Eucharist “is too great for anyone to permit himself to treat it according to his own whim, so that its sacredness and its universal ordering would be obscured” . . .  On the contrary, anyone who acts thus by giving free reign to his own inclinations, even if he is a Priest, injures the substantial unity of the Roman Rite, which ought to be vigorously preserved, and becomes responsible for actions that are in no way consistent with the hunger and thirst for the living God that is experienced by the people today. Nor do such actions serve authentic pastoral care or proper liturgical renewal; instead, they deprive Christ’s faithful of their patrimony and their heritage. For arbitrary actions are not conducive to true renewal, but are detrimental to the right of Christ’s faithful to a liturgical celebration that is an expression of the Church’s life in accordance with her tradition and discipline. In the end, they introduce elements of distortion and disharmony into the very celebration of the Eucharist, which is oriented in its own lofty way and by its very nature to signifying and wondrously bringing about the communion of divine life and the unity of the People of God. The result is uncertainty in matters of doctrine, perplexity and scandal on the part of the People of God, and, almost as a necessary consequence, vigorous opposition, all of which greatly confuse and sadden many of Christ’s faithful in this age of ours when Christian life is often particularly difficult on account of the inroads of “secularization” as well.

“Perhaps more than in any other nation, Americans have simply chosen to be disobedient in regard to extraordinary ministers, creating their own rules as they go along,” Kwasniewski wrote in 2018. “I ask: Is this a truly Catholic attitude? Or is it just one more example of how far the Church in America has drifted into making up its own religion with its own homegrown rules?”

“These crazy gyrations affirm the findings of the Pew Research survey which revealed plummeting belief in the Church's teachings about the Blessed Sacrament,” noted Zuhlsdorf. “And those findings may apply to priests, as well.”