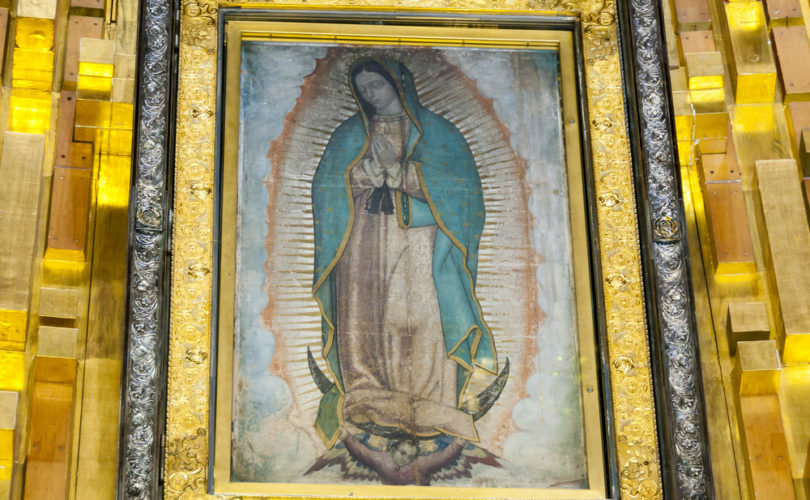 MEXICO CITY, April 5, 2019 (LifeSiteNews) — Fr. Hugo Valdemar of the Archdiocese of Mexico City credited Spanish missionaries of 500 years ago for “the greatest thing we Mexicans have: the true faith.”

In the Mexican publication Contra Réplica, Fr. Valdemar wrote in the April 1 column that “we must not fall into an historical Manicheism without doing ourselves profound harm: that the good were the original peoples, almost in the state of original grace, and the evil were the Spanish conquistadors who came to destroy great cultures.”

Acknowledging the tragedy of the conquest, the priest wrote, “The historic truth is very complex, the truth is that the Spaniards didn’t make the conquest but the indigenous did, the peoples subjugated by the Aztec empire, tired of the cruelty and exploitation they were subjected to.”

Referring to the native allies of the Spanish conquistadors, Fr. Valdemar credited them with rising up against the Aztec empire, which had demanded victims for human sacrifice.

“This resulted in entire peoples such as the Tlaxcaltecas joining the handful of 200 Spaniards, along with other subjugated peoples joining together, to make possible what just the Spanish alone could never had done,” he wrote

Also acknowledging that were were some “excesses in planting the faith,” he asserted that “the missionaries were the great protectors of the indigenous peoples.”

“Thanks to them, their dignity as persons was recognized, they were freed from slavery, their culture was protected and above all, thanks to the Spanish Catholic Church the greatest gift came to us, faith in Jesus Christ, the sole savior of men, and Our Lady of Guadalupe appeared, the model and star of evangelization, as John Paul II called her,” Fr. Valdemar wrote.

Alluding to how the missionary zeal of Spanish clergy aided the melding of Spaniards and natives into the modern Mexican people, Fr. Valdemar wrote, “From Spain we received through extraordinary missionaries such as Pedro de Gante, Motolinia, Fray Juan de Zumárraga, and Tata Vasco de Quiroga, the greatest thing we Mexicans have, the true faith, faith in Jesus Christ, and therefore access to eternal salvation … the suppression of the diabolical barbarism of human sacrifices and the darkness of idolatry, access to a superior culture, the occidental, of which we form a part today, and on the other hand we retain many of the values of the indigenous world, hospitality, a strong social sense and a sense of belonging, and the legacy of the monuments they left which today we show with pride to the millions of tourists who visit us.”

“The arrival, 500 years ago, of Spaniards to present Mexican territory cannot be judged in the light of contemporary considerations,” the government said in a statement. “Our two sister nations have always known how to read our shared past without anger and with a constructive perspective.”

Spain’s leftist Prime Minister Pedro Sánchez visited Mexico in January, where he presented López Obrador with the Spanish birth certificate of his grandfather José Obrador, who was born in Spain in 1893.

Pope Francis visited Mexico in 2016 and referred to what he called the “grave sins” of the conquest and evangelization of Mexico.

“Some have considered your values, culture and traditions to be inferior,” he said. “Others, intoxicated by power, money and market trends, have stolen your lands or contaminated them,” he said while calling for a collective apology. In 2015, he offered an apology in Bolivia to indigenous people ostensibly harmed by the Catholic Church through the centuries.

The Spanish conquest of Mexico began in 1519 when Hernán Cortés landed on the nation’s Caribbean shore and marched inland. Gathering support from native allies, Cortes relied on superior weaponry and tactics to defeat the Aztecs. The resulting shock resulted in the melding of European and American cultures that produced Mexico.