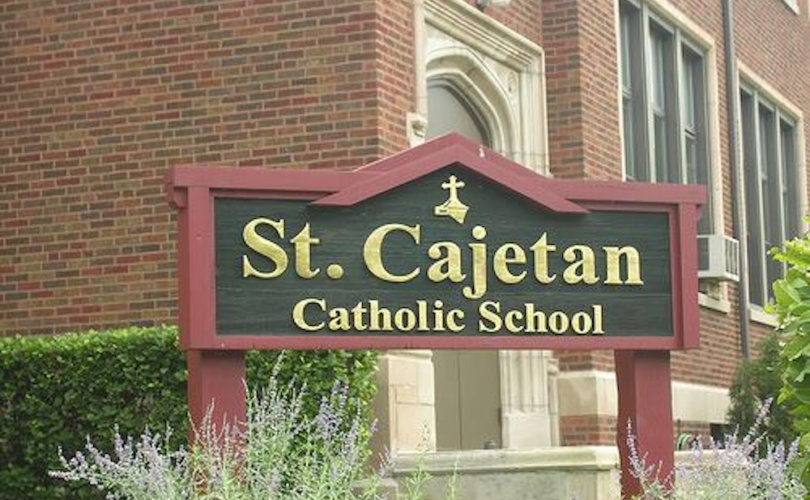 CHICAGO, March 7, 2019 (LifeSiteNews) — A Catholic priest and school are “confident” that a Planned Parenthood volunteer can teach kids with “faith and fidelity” to Catholic teachings.

Substitute teacher Jessica Long of St. Cajetan School in the Archdiocese of Chicago told parents in a Feb. 24 letter to parents: “Outside of my time at St. Cajetan, I volunteer extensively with the Greater Chicago Food Depository and Planned Parenthood.” Long teaches fifth-graders at the school.

After parents expressed their concerns, St. Cajetan school principal Michelle Nitsche and Fr. Steve Dombrowski, the parish pastor, wrote to parents that they are “confident” that Long can “carry out the teachings of the Catholic Church with faith and fidelity.”

In the letter quoted by Church Militant, Fr. Dombrowski and Nitsche wrote that they are “confident that (Long’s) mission and vision align with those of the school … ” The priest and educator agreed that Long “has so much to offer our students and is going to be an impactful facilitator in their learning.”

According to Church Militant, Long sent and email to parents in an effort to dampen the controversy over her involvement with the biggest abortion provider in the United States. In the email quoted by Church Militant, Long said she merely counsels victims of domestic violence. “It is my belief that educating and counseling these women prevents them from being put into situations in which they might consider abortion. I hope you understand this volunteer work is meaningful to me.”

When LifeSiteNews checked Thursday, Long’s Facebook account was no longer accessible. Facebook posts to Long, according to Church Militant, include one that called on pro-life Christians to fight abortion by pushing for birth control and sex education. The Facebook post read: “Ways Pro-Life Christians can fight abortion rates: Fight for access to affordable, available birth control options. Support science-based, thorough sex ed. …And also, maintain your credibility by caring for the life beyond the womb (refugees, immigrants, orphans, addicts, poor, minorities, LGBTQ+, etc).”