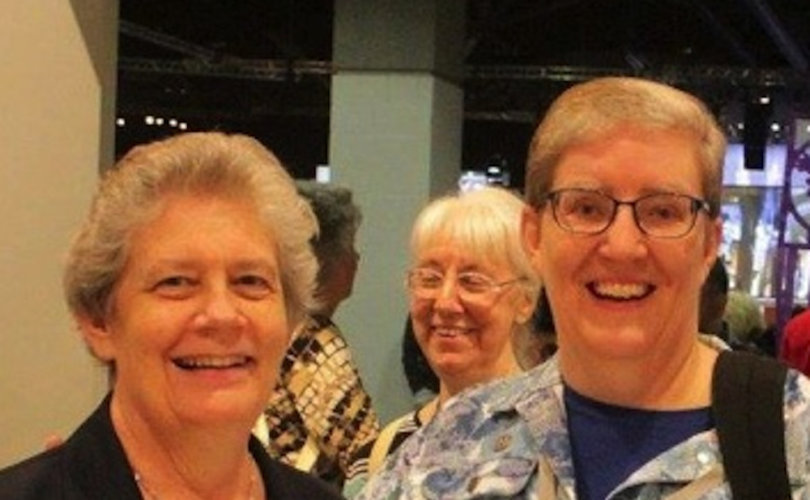 JEFFERSON CITY, Missouri, June 26, 2017 (LifeSiteNews) – The Catholic Diocese of Jefferson City, Missouri, is opening a can of worms that contradicts Church teaching and sends the wrong message with its proposed policy encouraging enrollment of “transgender” students at its schools, one of its priests said.

The diocese’s Pastoral Process of Accompaniment and Dialogue invites people who actively promote gender confusion or the homosexual lifestyle to test the policy, the priest said, and gives undue credence to those living in objectively sinful or disordered situations.

The policy also demonstrates an allegiance to political correctness and liberal ideology, he continued, and also shows there is too much homosexuality in Church leadership today, whether it’s bishops who are gay-friendly or who themselves are homosexual.

“I think the whole gender ideology and transgender issue is false,” Father Richard Frank said. “It’s falsehood. And it really contradicts what the Church teaches. It’s kind of like opening the door to the whole gay agenda.”

A committee formed by diocesan officials led by two religious sisters heading the diocesan schools office introduced the 17-page document last month in two meetings with priests and educators, in the process giving positive portrayal of same-sex-led households through a disturbing role-play session.

Diocesan Superintendent of Schools Sister Elizabeth Youngs has said the Jefferson City diocese was probably “in the lead” in implementing such initiatives, as touted by the LGBT blog Proud Parenting.

Concerned families and clergy say the policy was drafted surreptitiously without the input of parents or priests who pastor parishes, and quotes Pope Francis’ Amoria Laetitia exhortation out of context for justification.

They say it focuses on encouraging enrollment of gender-confused children and those being raised in same-sex-led households or in irregular situations without proper regard for Church teaching and that it upends Church principles in favor of moral relativism, putting all children at risk.

The families contend as well that the timing of the rollout was planned so that the resulting furor would dampen over the summer. They also say the diocese has avoided authentically responding to concerns.

The diocese insists the document represents a pastoral process and not a policy, and that the process only offers guidelines that are not mandatory for pastors to follow.

Families in the diocese concerned over the proposed guidelines say pastors will in fact be rebuked if they do not allow enrollment in their schools for transgender children or those in irregular living situations.

More than 120 people drove to Jefferson City from around the state on June 13 to take part in a pilgrimage to pray the rosary in hopes the policy would be rescinded. They plan to do the same on the 13th of every month at noon.

Other critics have pointed out that the chosen terminology of the Jefferson City trans policy, such as “transgender” and “LGBT” to describe students, betrays seeming endorsement of the societal acceptance of gender fluidity, which conflicts with Church teaching on God-given human nature.

The diocese had responded to LifeSite’s initial inquiry after LifeSite’s first story on the controversy was published. The diocesan statement said it was in full agreement with the Church’s teaching on gender and human sexuality, that the document is consistent with Church teachings, and it did not support allowing transgender bathroom access.

LifeSite received the following statement in response to a current follow-up inquiry:

“The diocese is very disappointed in the inaccurate and misleading reporting of its pastoral process. The document presented to our priests and school principals last month is not a policy but is intended to be a tool — offering guidelines — for parish leaders to use if and when parents in nontraditional households (homes other than one led by a married mother and father) approach a Catholic school or parish requesting to enroll a child in a Catholic school, or religious or youth program. The process outlined is not a mandate to enroll — decisions, as always, will continue to be made at the local level congruent with Catholic teachings and with consideration being given to the welfare of the entire parish community. The diocese will be reviewing its process as it receives information from parishes and schools.”

Father Frank spoke with LifeSiteNews about the proposed policy, its causes and fallout, also recently shared his thoughts in a conversation with a concerned family member of children in diocesan schools.

“We’re afflicted with a disease of political correctness today,” Father Frank said. “Instead of teaching the truth, the Christian morality of sexuality and Christ’s teachings on marriage, we’re bending over backwards to be politically correct with this gay agenda, this LGBT outlook.”

“What they’re doing is they’re inviting people who are promoting the gay agenda to become active and test the policy,” he continued.

He also stated, “By having this policy, it kind of recognizes, kind of gives status, you might say, to those who are living in disordered and sinful situations.”

What does the Church teach?

The Catholic Church holds that marriage is a lifelong sacramental commitment between a man and a woman and that sexual relations are reserved for the marital union.

Individuals suffering from same-sex attraction are afforded the same respect and human dignity as children of God as all people; however, they are called along with all people to live chastely as well.

Same-sex inclinations are disordered, the Church teaches, but not sinful unless acted upon. Homosexual acts are gravely evil and can never be approved.

The Church teaches that gender fluidity is against natural law, and that men and women are to acknowledge and accept our God-given human sexuality.

Father Frank said the policy was also the result of what many have recognized as a prevalent openness to homosexuality on the part of Church hierarchy over the last few decades.

“We just have too much homosexuality in the leadership of the Church today, and I think that’s part of the problem,” Father Frank said.

Father Frank told LifeSiteNews that he has been threatened with reprimand by a diocesan official for sharing coverage by LifeSite and another media outlet in his parish bulletins on the controversial document.

When Father Frank took steps to share LifeSiteNews’ initial story on the controversy, along with coverage by ChurchMilitant.com, he was threatened with a canonical rebuke that would announce he was causing disharmony in the diocese.

The diocese’s vicar general, Father Joseph Corel, left him a voicemail with the threat. Father Frank believes his email with an electronic draft of the bulletin — which he normally shares with the diocesan newspaper for potential distribution of events of interest — was intercepted at the chancery.

Father Corel left him a voicemail, Father Frank said, ordering him to remove the articles from the bulletin and to redo the bulletin.

“But he did order me and he threatened me,” Father Frank said. “He said if I did not take them out of the bulletin he would send a canonical rebuke, whatever that is, proclaiming that I am causing disharmony in the diocese and among people.”

Father Corel called back later with another voicemail, Father Frank said, to make sure he had taken care of it.

Father Frank told LifeSiteNews that he had been reprimanded before for content in his bulletins, and specifically told last fall after including information on the Democratic presidential nominee’s abortion position that his bulletins would be monitored. He said he has also shared information on the dangers of Islam and the scandals surrounding the Catholic Campaign for Human Development and Catholic Relief Services (CRS).

After sharing specifics last year about controversial grants made by CRS, Father Frank said Jefferson City Bishop John Gaydos sent him a letter reprimanding him, and made him print in his bulletin and publicly read an enclosed retraction, which he did out of obedience to the bishop.

Bishop Gaydos wrote an internal memo to his priests dated May 31 affirming his support for the school policy on encouraging enrollment of transgender students and others in irregular situations in diocesan schools, which he asserted promoted Catholic moral teaching.

Without naming LifeSite or Church Militant, the bishop had dismissed opposition to the policy and subsequent media coverage of it as “falsehoods” and a “misinformation campaign” generated from outside the diocese.

We can do better

“I don’t think it should be implemented,” Father Frank stated of the proposed diocesan policy. “I think we should rather go with something like Little Rock has because it’s more marked with sanity and reasonableness and in accord with the Church’s teachings.”

“It is sane,” he said. “It is reasonable, it is sane. And it is the opposite of what our diocese is promoting.”

Jefferson City’s proposed policy would create confusion and turmoil, he said, and ultimately drive Catholics to stop supporting the schools.

Father Frank noted as well that there is also plenty of data out there in secular society that says gender ideology is harmful.

He believes that the diocesan schools office and the bishop are digging in because they’ve been questioned and opposed, almost as if to show they are in charge.

“If you just sit back and do nothing, it just gives the message that you give up and have no control,” he said.

Priests must speak up as well, Father Frank continued, but “in the history of the Church when abuses have arisen, it took ordinary people to change things for the better.”

Apostolic Nuncio to the U.S.: