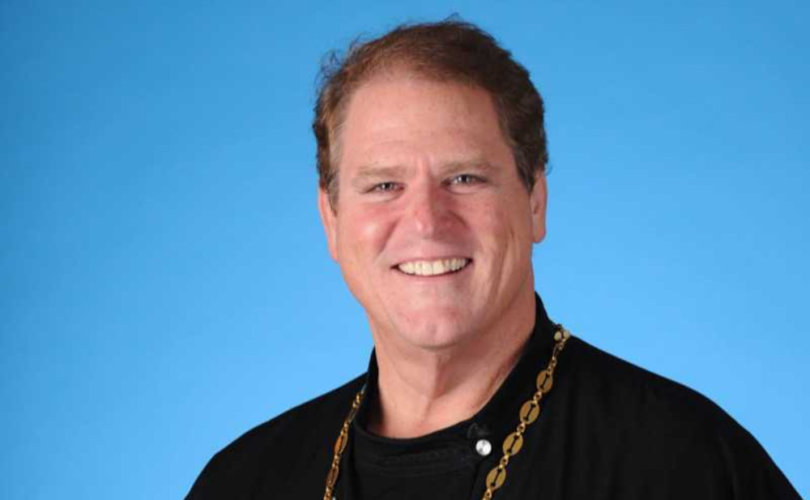 LIMA, Ohio, January 25, 2021 (LifeSiteNews) — The priest who was suspended after attending the controversial “Stop the Steal” rally in Washington, D.C., earlier this month believes that news outlets covering his story are overlooking the crucial role that LGBT activists played in triggering his ordeal.

Fr. Mark Hodges, an Orthodox priest living in Ohio (who is also a former LifeSiteNews writer) said that when he has communicated with media outlets reporting on his story, he has been careful to point out that “LGBT targeting” is “the origin of this controversy.”

None of the more than three dozen local, national, and international reports mention that significant detail. “They sidestep it completely,” noted Hodges.

The Orthodox priest said that he attended the January 6 event not as a Donald Trump fan but as a supporter of election integrity.

“The rally was advertised as an entirely peaceful protest for election transparency,” said Hodges. “To me and to nearly everyone I talked to at the rally, it wasn’t about Trump versus Biden, or Left versus Right, but about free and fair elections.”

While he did walk with thousands of others to the U.S. Capitol after the event at the Ellipse had ended, Hodges was not among those who entered the building and in fact attempted to ward off those who were behaving antagonistically toward police officers.

“The ‘Stop the Steal’ rally was joyful, positive, and orderly,” explained Hodges. But when he reached the area outside the Capitol building, he encountered a group of men expressing hostility toward police.

“I went up to the police who were in riot gear, shushed one of the yellers and he shut up,” said Hodges. “I thanked the police for protecting the people of Washington, D.C., and for showing restraint.”

“I also apologized for the handful of screaming young men not showing restraint or self-control,” he added.

Hodges soon left the Capitol grounds as the bellicosity of troublemakers in the crowd escalated and mayhem ensued.

As a result of an anonymous complaint about his attendance at the event, Hodges has been suspended from his priestly duties for a period of three months. Although his superior, Archbishop Paul Gassios, has made no claim that Hodges participated in the unseemly behavior by a few at the U.S Capitol on January 6, he suggested in a letter to the priest that he was “guilty by association.”

An open letter to Hodges’ Archbishop Gassios was published on a blog site on January 10, accusing the priest of premeditation and participation in “the siege attempt of the U.S. Capitol.”

While the accusations are demonstrably unfounded, Hodges points to the significance of the source of the published accusations, “Orthodoxy in Dialogue,” run by Giacomo Sanfilippo, a former Orthodox priest who is an outspoken force for normalizing homosexual relationships within the Orthodox Church.

“It is concerning to many lay people that a clergy in his position would have been present at an event that ultimately led to five people dying for no reason,” continued the anonymous letter, attempting to establish an ominous link between Hodge’s presence outside the capitol building to the deaths which occurred inside.

Sanfilippo has a long history of “relentlessly defaming and attacking” Orthodox Christian priests, bishops, and seminary professors, according to Fr. Ioannes Apiarius in a February 2020 Orthodoxy Today commentary.

“Sanfilippo has used his inappropriately named “Orthodoxy in Dialogue” website, his Facebook pages, and his Twitter accounts to maliciously condemn … good men and smear their reputations,” asserted Fr. Apiarius, because they “dare to publicly and fearlessly defend the Orthodox Church teaching on homosexual sin.”

“[Sanfilippo] has launched an unholy personal vendetta against these priests and teachers and is fomenting rebellion inside the Holy Orthodox Church,” said Apiarius, who recounts in detail the stories of many bishops, priests, and teachers attacked by Sanfilippo.

Fr. Mark Hodges can be added to that list of esteemed men, after now having been targeted for character assasination simply for preaching the truth about the sin of homosexuality.

A second blog site, Pappaspost.com — authored Gregory Pappas, a homosexual man who claims in his online biography that he has a “husband” — has more recently asserted incendiary inaccuracies attempting to paint Hodges as a rabid Trump fanatic.

Hodges explained to LifeSiteNews that he is a-political, but strongly civic-minded.

“The author characterizes my posts as ‘pro-Trump’ and ‘anti-Biden,’ but they are in fact pro-life/anti-abortion, and pro-marriage/anti-LGBTQIA+ behaviors, and pro-gender sanity/anti-transgenderism, especially for minors,” Hodges told LifeSiteNews.

“Though my posts point out facts” such as “Trump has done the most for the pro-life cause than any president in history, whereas Biden — who led the anti-Bork campaign in part because of Bork’s suspected pro-life views — has been an ardent pro-death politician since the 70s, I do not endorse any candidate,” stressed Hodges.

“I’ve always made the strongest pro-life, pro-family, and pro-marriage statements I could in [social media] posts,” said Hodges. “This has raised the ire of liberal ‘Orthodox,’ including the excommunicated man in charge of the ‘Orthodox Forum,’ which published the original letter against me.”

“My beloved Archbishop and I are in good communication in order to resolve this suspension,” Fr. Hodges told LifeSiteNews.