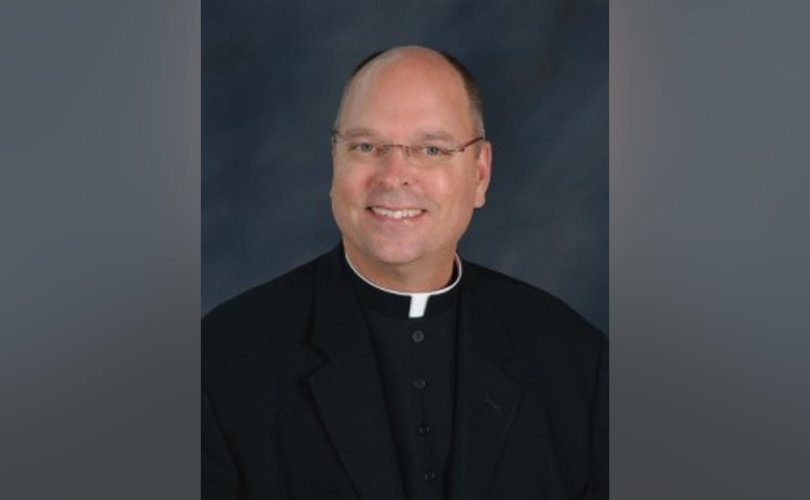 TAMPA, Florida, August 31, 2018 (LifeSiteNews) – A U.S. priest is calling on Catholics to expose abuse by homosexual clerics, urging all victims to step forward and make their voices heard from the parish level all the way to the Vatican.

“In union with…prayer and fasting, I am proposing and praying that all victims of clergy abuse, all who witnessed or intimately know of such abuse, all who have been raked over the coals trying to expose such abuse, including priests, seminarians, and exes of both groups, send their stories, certified mail for proof of receipt, to their parish priest(s) and bishop(s), the papal nuncio, and the Bishop of Rome,” wrote Father Edwin Palka in the August 19 bulletin and website of the Epiphany of Our Lord Roman Catholic Church.

Fr. Palka is the pastor at that parish, which is located in Tampa, Florida.

“I know full well that this is extremely difficult, but including your name with contact information will make a huge difference in how it will be received,” wrote the parish priest.

Fear of retribution from “evil” homosexual bishops who set out to “punish, humiliate and blackmail” has effectively silenced many decent, God-fearing priests who might blow the whistle on the gay “mafia” within the Roman Catholic Church, wrote Palka in an earlier article in late July.

“Many people still don’t (I believe most priests still don’t) understand just how evil the active homosexual or homosexual activist…priests and bishops are,” he explained.

“Not understanding the extent of their depravity and wrongly thinking that they are simply ‘normal’ men who just struggle with their sexual desires and sometimes might fail to remain chaste but are really, truly repentant when it happens and strive to ‘confess my sins, do penance and amend my life, amen’, they cannot possibly grasp the hellish depths to which … [homosexual activist] … clergy will go to persecute, lambaste, punish, humiliate and blackmail anyone who stands in their way or threatens their way of life,” he wrote.

In his latest article, Fr. Palka offered several solutions to this crisis, the first of which is prayer and fasting, and hope in divine intervention as an antidote to the Church’s many problems today.

“The current state of the church can be depressing, even capable of bringing about spiritual despair. But it need not be. There is always hope. A well-founded hope, in fact. The Light of Christ will conquer the darkness,” wrote Palka. “The Immaculate Heart will triumph. We know that.”

For San Diego Roman Catholic Christine Beades, the priest's call to turn to God with prayer and fasting and the hope God offers was a welcome message amid the horror of the revelations of abuse within the church.

“God bless you, Father, for providing a solution in your address,” wrote Beades in the comment section below the Palka's article on the parish website. “We are pretty much wiped out after the horrific details that have come out this week of the stench in the church.”

“Your previous messages have given us the answer as to 'how', how on earth have they infiltrated/replicated themselves so blatantly throughout our church. And I've read the worst is in the Vatican!” she wrote. “Some cardinal messages this weekend (to the faithful) are pure 'corporate speak', an obvious reflection that they are still in denial.”

“Now with … prayerful fever, He will save His church.”

According to the Fr. Palka, the first thing Catholics need to do is to pray and fast as Jesus Christ taught His followers.

“Understand this: There is not a single thing – or even a dozen things – we can do which will solve this problem,” he wrote. “We must, must, must have Divine Intervention. After all, if every guilty bishop and priest is not removed and charged, those remaining will simply keep doing business as usual. Moreover, even if every [active homosexual or homosexual activist] bishop were removed today, the bishop of Rome (not unlike his predecessors who named them in the first place) would simply replace them with clones.”

But that astoundingly high estimate of homosexuality in the clergy is perfectly in line with the revelations of Father Dariusz Oko, a priest who became world-famous in 2013 for his essay on clerical homosexuality, With the Pope Against Homoheresy.

Reporting all cases of clerical abuse will not change bad priests but it will touch the hearts of those who still hold to the true teaching of the church, writes Palka.

“It will touch those who still have a mustard seed of faith,” he wrote. “How can it not? No real Father will do nothing when his son has been molested. No real Father will settle for more guidelines on proper and improper behavior. No real Father will remain silent, ignore the victim, excuse the perpetrator, blame clerical celibacy or 'rigidity' or the male-only priesthood, or dodge the truth that our current major scandals (though there are others) are the direct and inevitable result of ordaining and retaining [active homosexuals or homosexual activists].”

“A real Father will address the real problem head on. He will kick butt, not kiss it,” he wrote.

“Change parishes and schools/CCD if your priest is [an active homosexual or homosexual activist], heretical, or a 'don’t make waves'-er,” he wrote. “Now is not the time to whimper, 'But I don’t have proof' for that may only come 20 or 50 years from now.”

“Homeschool. Drive hours on Sunday if need be to attend mass,” he wrote. “Quit making excuses. Faithless priests will molest and/or cover for others. If you read the reports…you know it’s the truth. These 'men' have sold their souls to the devil. Run!”