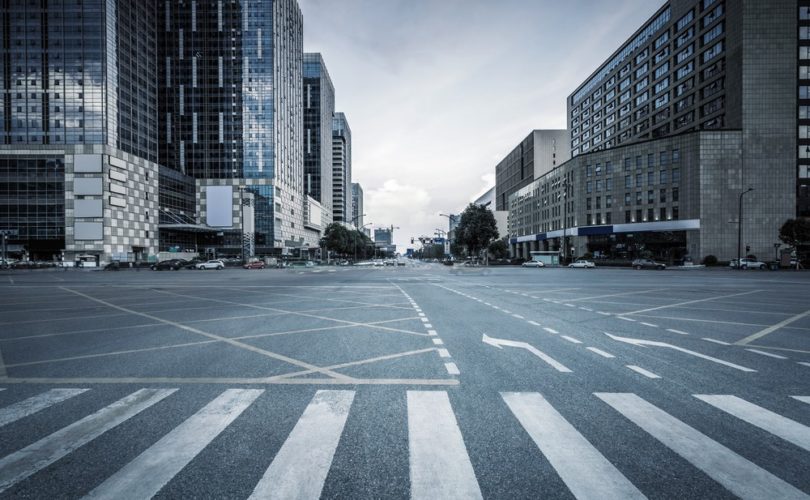 WARRINGTON, England, April 23, 2020 (LifeSiteNews) ― A Catholic priest in England has asked the faithful to request the freedom to return to Mass after a U.K. Chief Medical Officer stated that the current lockdown won’t be over by Christmas.

Professor Chris Whitty has stated that Britain must stay under lockdown until a coronavirus vaccine or cure is developed. British newspapers are reporting that “senior government officials” have warned that the lockdown could last 18 months.

“These latest remarks from the government about an indefinite extension of the isolation make clear to us that we are dealing with something bigger than we thought at first,” declared Fr. Henry Whisenant during this morning’s live-streamed Mass at St. Mary’s Shine in Warrington, England.

“Surely there comes a time when we need to start to write to people, whether it's the bishops or the government, to briefly, charitably, and clearly request that a way must be found to life the lockdown on the churches.”

The homilist noted that a short video by Catholic families and individuals asking for the return of public Masses is already circulating in Britain.

Earlier in his homily Fr. Whisenant reflected on the story of St. George and the Dragon, and suggested that British Catholics may have encountered a metaphorical dragon during the pandemic.

“We were told for a short time that we must close our churches, and so with a heavy heart we have done that. Meanwhile, week by week we have waited eagerly for news of the way out,” he said.

“Now, as of yesterday, the government’s Chief Medical Officer has claimed that we could be affected by severe social distancing measures even into next year, into 2021,” he continued.

“The question is, at what point do we admit that maybe there is a dragon here?”

Fr. Whisenant was swift to say it would be unfair to cast the government in the role of a dragon. He means that there is an “alarming policy, an alarming way of thinking, a notion that society can be shut down, and the people of God deprived indefinitely of their faith for the sake of speculations which are not even verified and which are hotly contested among scientists and immunologists.”

The homilist pointed out that Britons are allowed to go into the supermarket, “rub shoulders with people” and touch items other people have touched, so “how is it not possible to set up two meter social distancing measures here in the church?” Whisenant observed that, with these precautions, 50 people could fit in St. Mary’s Shrine at once. There they could “at least be comforted by the presence of the Blessed Sacrament,” he observed.

Reflecting on the government’s instructions to “Stay at home, protect the NHS, save lives,” Fr. Whisenant questioned the sacrifice of all other institutions for the National Health Service.

“Jobs and livelihoods are being lost every day,” he stated, “and even as we mourn many who have died of the virus, and we pray for their souls, we are told that others, perhaps many thousands, will die at home through suicide, depression, abuse, and neglect―and all this for the sake of one institution.”

Whisenant suggested that there is a “very real danger” of making an idol out of the NHS, a sad irony as England’s patron St. George, whose feast Catholics celebrate today, died as a martyr during the Dioclesian persecution because he would not worship an idol. The homilist recalled British Prime Minister Boris Johnson’s Easter Sunday address, in which Johnson did not acknowledge the Christian significance of the day. Instead the Prime Minister talked about forming a “human shield” around the NHS and called the health system “the beating heart of the country.”

Whisenant ended his homily by reflecting on the healing of St. George, during his battle with the dragon, by the fruit of the orange grove in which he took temporary refuge.

“How can we go on and on without the sacraments, the fruit of Christ’s passion?” he asked.

Whisenant cited St. Thomas Aquinas’ teaching that the sacraments are necessary for our salvation because they are “the medicine of our soul.” He again encouraged viewers to write for the freedom to receive the sacraments again. If St. George had not chosen to eat the fruit and continue his battle against the dragon to save the maiden, his story would have ended very differently, the homilist concluded.