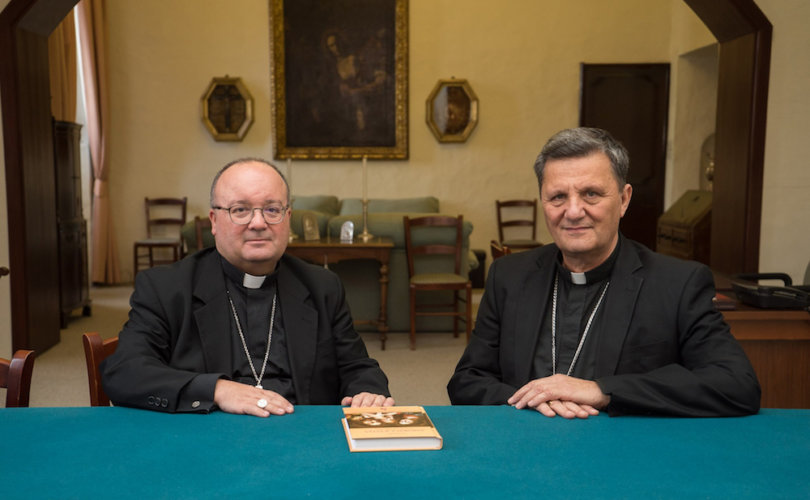 February 21, 2017 (LifeSiteNews) — Seminarians and priests in Malta who are not in line with the bishops' interpretation of Amoris Laetitia are under pressure to conform.

A set of certain “criteria” for the interpretation of chapter 8 of the Apostolic Exhortation was given as guidelines for implementing Amoris Laetitia, allowing civilly remarried divorcees to receive Communion.

The Archbishop of Malta confirmed to the National Catholic Register that he told seminarians that “the seminary gate is open” and they are free to leave if they do not agree with the bishops and, accordingly, with the Pope. With his reproach of his seminarians, Archbishop Charles Scicluna made it clear that whoever does not comply with the bishops’ line of interpreting Amoris Laetitia may leave the seminary.

The two bishops of Malta, Archbishop Scicluna and Bishop Mario Grech of Gozo, have implemented guidelines in their dioceses that allow civilly remarried divorced Catholics to receive Communion in a move widely perceived as “disastrous.”

The bishops have insisted that there is a primacy of conscience over objective truth in the discernment of the individual and have urged people to go to Communion if they are “at peace with God,” according to the guidelines or “criteria” published.

Priests and seminarians now feel bullied into going against their conscience by being forced to give Holy Communion to people in adulterous relationships.

The bishops’ remarks surfaced only after several websites recently reported rumors that they threatened to suspend priests from celebrating Mass unless they give Communion to the “remarried.” These allegations were previously denied by Bishop Grech.

Since the publication of the guidelines, numerous priests in Malta have contacted the National Catholic Register alleging that their bishops won’t tolerate clergy who have a different interpretation of Amoris Laetitia than the one presented by the bishops, the Register’s Edward Pentin reported.

Three priests are enforcing the bishops’ line and are intimidating anyone “who does not agree with the criteria.” “The three had been opponents of the previous bishop, Archbishop Paul Cremona, but have now become the present bishops’ allies. One of them reputedly attacks any priest who shares critical stories on the Internet,” Pentin writes.

These developments are emblematic of the close-mindedness that certain groups have been practicing while pushing the changes introduced by the ambiguity of Amoris Laetitia in their fields of influence. No theological opinion or dialogue is accepted or even welcome except input from priests that are “like-minded.”

Edward Pentin reports: “At a meeting with Malta’s priests on Feb. 14, Archbishop Scicluna appealed for understanding, saying he had no choice in co-signing the guidelines. In conscience, he could not go against the wishes of the Pope. He admitted it was a mistake not to consult the nation’s clergy on the Criteria before they were released, alluding to the fact that they wanted to be the first Bishops’ Conference to do so.”

Another factor adding to the feeling of abandonment and harassment of the clergy is the lack of a Nuncio in Malta. Archbishop Mario Cessary has been unable to work because of a lengthy illness. Although a head of mission is acting as his substitute, the clergy lacks any possibility of appeal in case of a clash with the bishops.