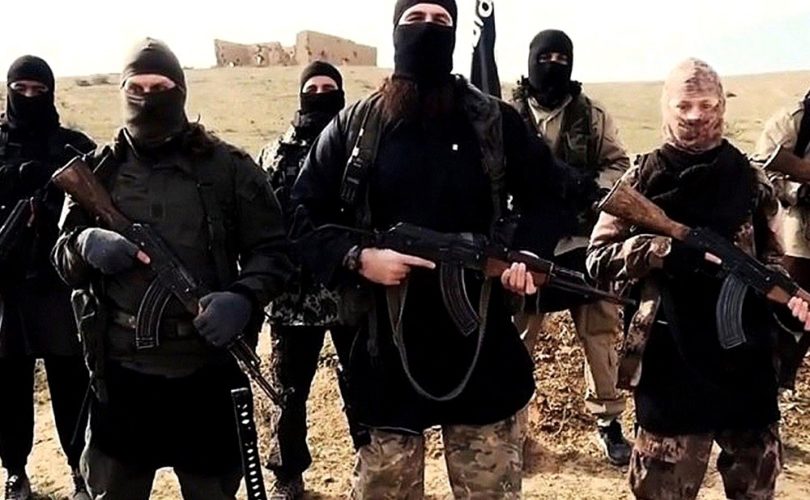 OTTAWA, February 26, 2016 (LifeSiteNews) — Conservative MP Cheryl Gallant called out Liberal Prime Minister Justin Trudeau in the House of Commons today over his refusal to recognize as “genocide” the sweeping targeting of Christians by ISIS in the Middle East.

Noting how the European Parliament passed a unanimous resolution earlier this month recognizing the Islamic State's attacks on Christians as “genocide,” Gallant stated: “In Canada, the Liberal Prime Minister refuses to join the rest of the civilized world in recognizing the ISIS campaign against Christians and other religious minorities as genocide.”

“The silence is deafening. Why does the Prime Minister not think Christians and other religious minorities are the right kind of refugees?” she added.

Designating attacks against Christians in the Middle East as “genocide” could have significant policy implications in terms of offering such victims aid, asylum, and other protections.

Gallant’s statement comes on top of countless reports of anti-Christian outrages by ISIS, including mass beheadings and executions in Syria and Iraq.

Reverend Canon Andrew White, known in Iraq as the “Vicar of Baghdad,” told LifeSiteNews columnist Jonathan Van Maren in 2014 how terrible the situation had become at that time.

“It’s just been terrible. They have been amputating people’s heads and putting them on railings. They have chopped children in half. You know, I write some of these things on my blog and nobody believes it,” he said.

Gallant, MP for Renfrew—Nipissing—Pembroke, noted in her statement how ISIS has a history of particularly targeting religious minorities, including Syrian Christians and Yazidis, whom it considers heretics and disbelievers.

“Thousands of Yazidis have been summarily executed, killed, or, in the case of Yazidi women, kidnapped and sold into slavery by ISIS. Hundreds of thousands of Christians have fled Syria amid threats by ISIS,” she said.

Earlier this month, Catholic and Evangelical Protestant organizations raised alarm after Trudeau government’s announced a plan to eliminate both the Office of Religious Freedom and the ambassadorship attached to it.