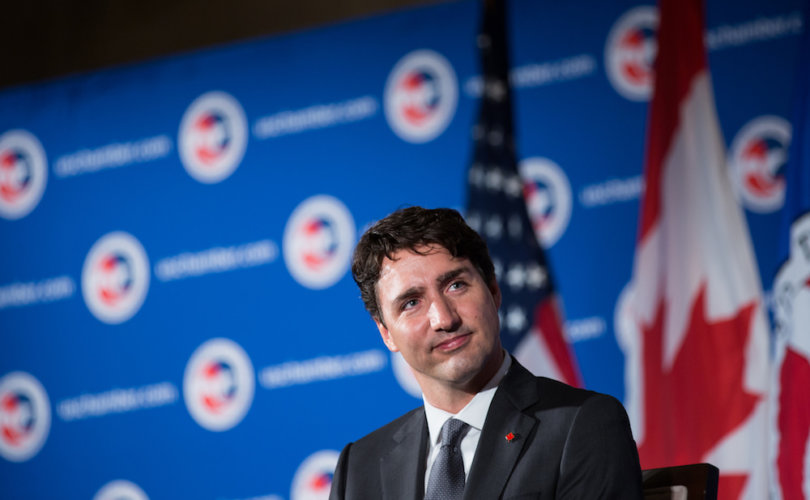 OTTAWA,, March 31, 2016 (LifeSiteNews) — Liberal Prime Minister Justin Trudeau has praised the PEI government’s announcement today that mothers will be able to have their preborn babies aborted on island soil — paid by tax dollars — by the end of this year, instead of having to drive off island.

“A woman’s right to choose is a fundamental right in our country,” the pro-abortion leader, who is also a Catholic, said in a press release.

“The Government of Canada reaffirms its belief that a woman should have access to reproductive health services, no matter where they live in our country,” he added.

PEI Premier Wade MacLauchlan said in a press release today that the province would likely not succeed against a lawsuit that was threatened by abortion advocates who demanded that the province provide full and unrestricted access to publicly funded abortion on the Island.

“Based on legal advice that current policies regarding access to in-province abortion services would likely be in violation of the Canadian Charter of Rights and Freedoms, government determined that the most responsible approach is to revise the policy rather than embark on a long and costly court case,” he said.

But pro-life lawyers have argued that the Canada Health Act does not actually require provincial health plans to cover abortion, only “medically necessary” services, which are determined by the provincial government. In 2012, the Canadian Physicians for Life stated its position that “it is our strong belief that no abortions are medically necessary.”

Numerous Canadians hold that human life, including life in the womb, is worthy of respect and protection under the law. Christians and many other religious groups believe that abortion takes the life of an innocent human being and is morally equivalent to the murder of an already born human being.

“Campaign Life Coalition strongly condemns today’s decision by the PEI government to allow abortionists to kill pre-born human beings on the Island and to force taxpayers to pay for these abortions,” it stated in a press release.