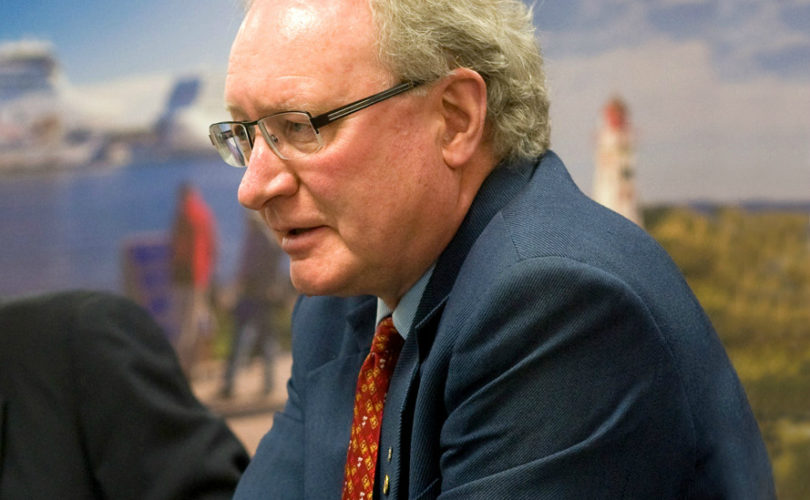 During the campaign two of the losing parties promised to stop sending women out-of-province for their abortions, while the winning, and incumbent, Liberals began by vowing to maintain the status quo, but by voting day their new leader, Wade MacLauchlan, had promised to at least consider access problems.

“It’s not too good a result,” Aquinas Ryan, leader of Campaign Life PEI, told LifeSiteNews. “MacLauchlan suggested he’d look at things. He was a bit foggy on it. Which is smart politics. He probably didn’t want to lose the Catholics,” who are traditional Liberal supporters.

The official opposition party, the Progressive Conservatives, won eight seats, growing from five last time, pushing the Liberals strongly on fiscal accountability, while adhering to the status quo on abortion. This is for the government to pay for island women to have their abortions off-island, as long as they have a referral from their doctor.

In a forum on women’s issues where a new pro-abortion organization asked all four leaders their intentions, Tory leader Rob Lanz gave the time-honored response: that the issue was divisive and the payment for abortions off-island was an appropriate compromise.  “It's also an extremely complex and polarizing issue and at this time,” he said, “it’s not on my agenda, it’s not part of the PC platform.”

MacLauchlan also said he planned no change, but added, “We'd be actively interested to address the issues that are of concern.”

MacLaughlan’s predecessor, Robert Ghiz, who retired as leader earlier this year, explained the compromise this way in December: “Obviously I believe that there should be abortion services, but at the same time I think that it’s important that we respect everyone’s opinion.”

Meanwhile the New Democratic and Green leaders promised to build a women’s health centre on-island where abortions would be provided.

After the forum Michele MacCallum of the Women's Network PEI expressed disappointment at both the Grit and Tory responses. Women needed cheap, on-island abortions at the taxpayers’ expense, she told reporters. “You would not believe the heartache, the red tape, the protocols, the judgment, the lack of confidentiality, the lack of information, the lack of resources for women to access a service that is covered.”

The Liberal caucus in the legislature dropped from 22 members to 18, while the Greens won one seat, their first, and the NDP, none.

We will remove ‘barriers’ to abortion if we win May 4 election: PEI’s Liberal Premier