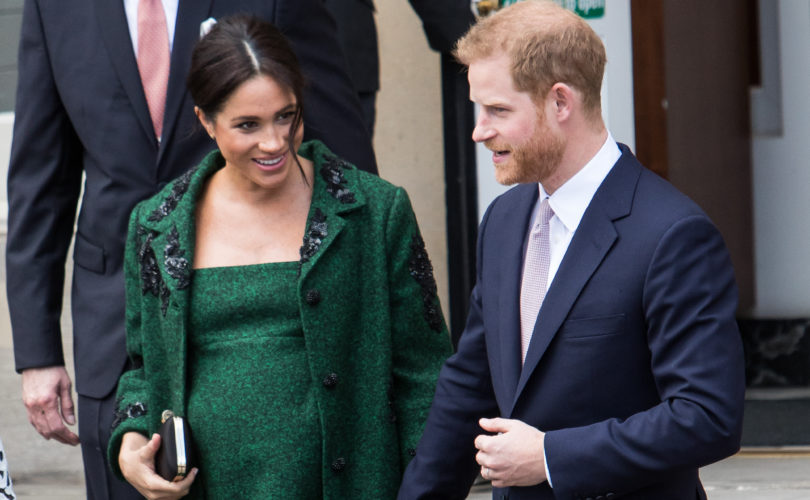 July 12, 2021 (LifeSiteNews) – Prince Harry and Meghan Markle received an award for limiting their family to two children shortly after the birth of their second child.

According to Hello Magazine, pro-abortion Population Matters, an organization that aims to limit the world population, chose the couple for being “a role model for other families” by deciding to limit their family size.

Prince William and Duchess of Cambridge Kate have three children and are reportedly open to having another.

Harry and Meghan, along with nine others, will receive a £500 donation to a charity of their choice. These awards were given to mark the U.N.’s World Population Day.

A spokesman for the organization said, “In choosing and publicly declaring their intention to limit their family to two, the Duke and Duchess of Sussex are helping to ensure a better future for their children and providing a role model for other families.”

“Having a smaller family reduces our impact on the Earth, and provides a better chance for all our children, their children and future generations to flourish on a healthy plane,” he continued.

“We commend the Duke and Duchess for taking this enlightened decision, and for affirming that a smaller family is also a happy family.”

In 2019, Prince Harry told primatologist Jane Goodall that he and Markle only wanted a “maximum” of two children in the hopes of minimizing their effect on the planet. Prince Harry said he believed that the earth is “borrowed.”

Prince Harry: I want a ‘maximum’ of 2 kids because of climate change