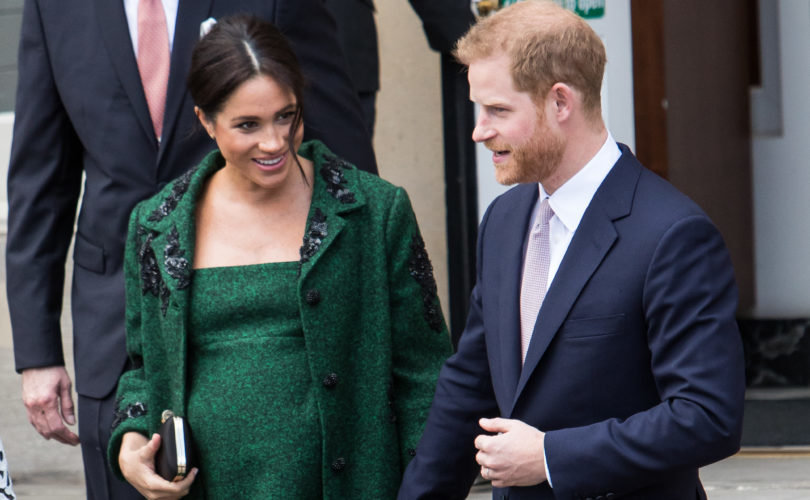 (LifeSiteNews) – Prince Harry and The Aspen Institute released a report on Monday with the intention of “tackling the growing mis- and disinformation problem in technology, media, and social media” just days after Harry’s wife, Meghan Markle, admitted she “misled” a British court over an issue pertaining a biography written about her.

Harry joined the left-leaning think tank, The Aspen Institute, in March and the group has spent the better part of the year putting together information on how to combat what they consider to be misinformation.

According to the website for Archewell – an organization founded by Prince Harry – “ the group has outlined a list of 15 specific recommendations for leaders to consider adopting across the public, private, and non-profit sectors.”

Included in the recommendations are calls for “increasing social media transparency and disclosure,” and legal “accountability for ‘super-spreaders’ of online lies” on both social media platforms and website domain-name hosting services.

Harry labeled the spread of what he considers “misinformation” to be a “global humanitarian issue,” and that he hopes “to see the substantive and practical recommendations of our [Aspen Institute] commission taken up by the tech industry, the media industry, by policymakers, and leaders. This affects not some of us, but all of us.”

The report stated that their recommendations ought to apply to any source of misinformation “regardless of location, or political views,” but the report did not stipulate what the measuring stick would be for truthful claims in media and social media.

The call for truth in public discourse was juxtaposed by a legal matter concerning his wife. On November 10, Markle apologized for misleading a court over whether she had given authorization for an aide to brief the authors of a biography about her.

Emails revealed that she had provided briefing notes ahead of a meeting with the authors, something she previously denied having knowledge of to the court.

Markle is not likely to be accused of perjury. According to a royal correspondent from The Telegraph, “judges are highly reluctant to accuse witnesses of lying unless they have done so in person under cross-examination.”