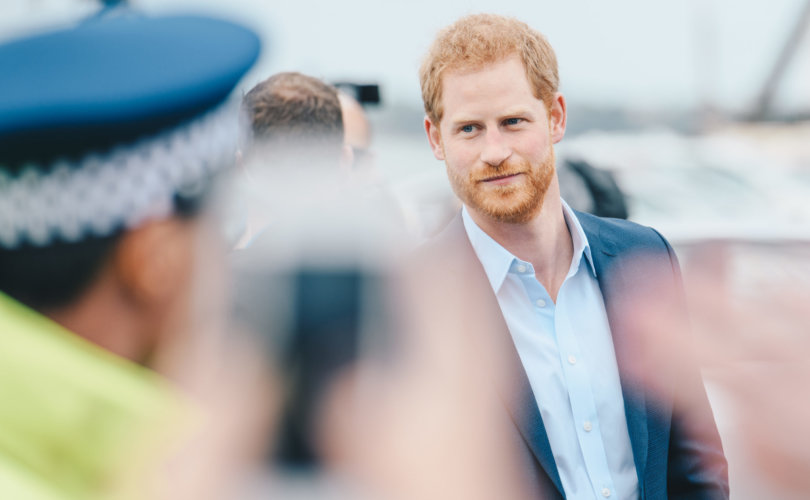 December 7, 2020 (LifeSiteNews) — In an interview to help promote the WaterBear Network, a new video streaming service dedicated to supporting the United Nations Sustainable Development Goals, Prince Harry referred to COVID-19 as a punishment from “Mother Nature.”

“Somebody said to me at the beginning of the pandemic, it’s almost as though Mother Nature has sent us to our rooms for bad behavior to really take a moment and think about what we’ve done,” he told WaterBear CEO Ellen Windemuth and head of strategy Sam Sataria.

On March 24, Duchess Sarah Ferguson, the ex-wife of Prince Andrew, tweeted, “Mother Nature has sent us to our rooms, like the spoilt children we are. She gave us time and she gave us warnings. She was so patient with us. She gave us fire and floods, she tried to warn us but in the end she took back control.

Just 10 days before Duchess Ferguson’s tweet, a laicized priest who was widely credited as a “theologian of reference” for the 2019 Amazon Synod argued that the coronavirus is the result of humanity’s mistreatment of the earth in his article “The Origins of the Coronavirus.”

“Not without reason did James Lovelock, who formulated the theory of the Earth as a living, self-regulating superorganism, Gaia, write a book (called) Gaia's Revenge (Intrínseca, 2006),” wrote Leonardo Boff, who is a strong supporter of Pope Francis.

“I believe that current diseases such as dengue, chikungunya, zika virus, SARS, ebola, measles, the current coronavirus, and the widespread degradation of human relations, marked by deep inequality/social injustice and a lack of minimal solidarity, are a reprisal for Gaia for the offenses we inflict on her without interruption,” Boff wrote.

“It is not without reason that the virus has erupted there where there is most pollution,” he continued. While Boff did not explain the connection between our “offenses” against Gaia and “social injustice,” he did describe the Earth as a kind of humanized consciousness.

“(Earth) begs for a different attitude towards her: to respect her rhythms and limits, to care for her sustainability and to feel that we are more than sons and daughters of Mother Earth, but even (part of) the very Earth that feels, thinks, loves, worships and cares,” he continued.

Prince Harry’s reference was criticized for not being “specific” in making the connection between the coronavirus and humanity’s effects on nature. “It's like when you just attribute something to something kind of cosmic, which to me the Mother Nature thing is,” Canada ET host Roz Weston said. “There’s nothing to back up when somebody says Mother Nature.”

“(The pandemic has) certainly reminded me about how interconnected we all are, not just as people but through nature,” he said. “We take so much from her and we rarely give a lot back,” Prince Harry said in his WaterBear interview.

WaterBear has supported the push for the U.N. Sustainable Development Goals in part through their streaming of the United Nations documentary Nations United: Urgent Solutions for Urgent Times, which was released in September.

The film opens by highlighting the COVID-19 “pandemic,” claiming that it has exposed “fractures” in our societies such as inequality and “climate catastrophe.” U.N. Secretary General Antonio Guterres argued in the documentary that it is only by joining together on both a national and global level that we can address such issues.

Cardinal Raymond Burke warned last year that “ecological conversion,” a phrase Pope Francis used five times in his encyclical Laudato Si,  is being used as “an argument for a one-world government.”

— Article continues below Petition —
SIGN: Join petition calling for a stop to COVID vaccine testing in Europe
Show Petition Text
16483 have signed the petition.
Let's get to 17500!
Thank you for signing this petition!
Add your signature:
Show Petition Text