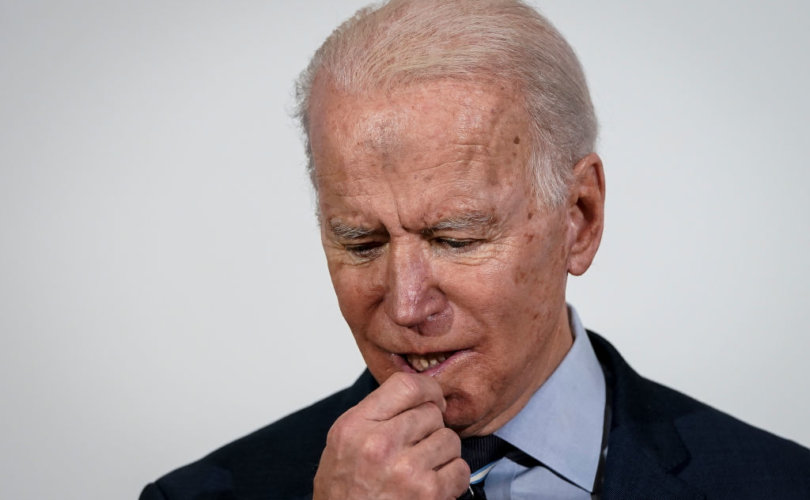 March 25, 2020 (LifeSiteNews) – As policymakers debate the wisdom of forcing millions of Americans to stop working indefinitely in the name of halting the spread of the coronavirus, some politicians have taken to employing rhetoric at odds with their most divisive stances.

Pushing back against the notion that lockdowns should be halted soon due to the threat they pose to the economy, former Vice President and Democrat presidential frontrunner Joe Biden declared that “no one is expendable” regardless of age, and that “no life is worth losing to add one more point to the Dow.”

Let me be very clear: No one is expendable. No matter your age, race, gender, religion, ethnicity, sexual orientation, or disability.

No life is worth losing to add one more point to the Dow.

In a similar vein, pro-abortion New York Democrat Gov. Andrew Cuomo stressed that “we will not put a dollar figure on human life.”

We will not put a dollar figure on human life.

We can have a public health strategy that is consistent with an economic one.

No one should be talking about social darwinism for the sake of the stock market.

These politicians’ odes to the sanctity of human life struck an odd tone to many observers in light of their opposition to virtually any limits on sacrificing human life in abortion. Biden is running on a platform that includes direct taxpayer funding of abortion and federal action to block states from enacting even modest abortion restrictions, including parental notification requirements, ultrasound laws, and waiting periods.

Beyond abortion, Biden’s declaration of solidarity with the elderly might not sit well with his own health advisor, Dr. Ezekiel Emanuel, who wrote in 2014 that “living too long” (defined as past age 75) renders people “faltering and declining,” and that a “younger person who has yet to live a complete life” should “certainly” be prioritized for “vaccine or any antiviral drugs” during a pandemic.

Cuomo, meanwhile, is the governor who infamously signed last year a law codifying a “right” to third-trimester abortions, erasing the state’s recognition of preborn babies as potential homicide victims, removing abortion from the penal code entirely, and allowing non-doctors to commit abortions.

As for the substance of their remarks, critics argue that pitting human life against the economy is a false choice for multiple reasons: first, that economic hardship without a clear path to recovery imperils lives too (as evidence by a 300% spike in calls to the National Suicide Prevention Hotline); and second, that targeted isolation of and care for the elderly is entirely possible while allowing the younger and healthier to go about their lives.

Lockdown opponents further note that deaths and hospitalization numbers so far have been dramatically lower than the computer projections that inspired the lockdowns in the first place. Some argue that the United States should instead be following the strategy articulated by Israeli Defense Minister Naftali Benett, which is to isolate the vulnerable and allow the rest of the population to develop herd immunity.

“So what we need to do over the next period of time is to take care of grandma and grandpa from far away,” he said. “Lots of WhatsApp and Skype and you name it. Bring them food, clean the box before you leave, and then they take it in the house. But do not enter the house, do not hug them, because you're risking them.”