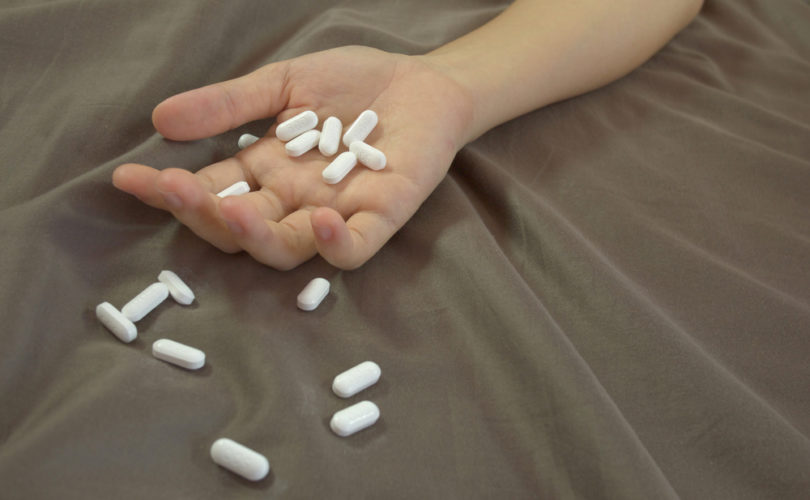 A pro-abortion Democrat accused a pro-life politician of having a weak personality because she turned to alcohol, drugs, and thoughts of suicide after she had two abortions.

The verbal dust-up occurred between Republican Texas State Representative-elect Molly White and State Rep. Dawnna Dukes, a Democrat, during a September 20 abortion debate, with Dukes revealing for the first time publicly that she, too, has had an abortion.

White, who won the March Republican primary for House District 55, was taking part in the Texas Tribune’s “Women’s Health Debate” panel, where her introduction included that she was post-abortive and that her experience with two abortions had led her to drug and alcohol use, suicidal thoughts, and other health challenges.

The panel began with on Texas House Bill 2 (HB2), which bans abortion after 20 weeks, requires abortionists to have admitting privileges within 30 miles of their facility and requires that abortion facilities meet the same standards as ambulatory surgical centers (ACS).

White’s fellow panelist Dukes, her soon-to-be colleague in the Texas legislature, attempted to debunk the idea that abortion has any negative effects on a woman’s life, taking personal shots at White in the process during the panel, which was audio recorded by the Tribune.

“It is a personality type that would turn to using drugs and alcohol,” Dukes said, “not the procedure that makes one do that.”

“And I know for a fact that one who has an abortion does not have alcohol and drug-related issues,” she said. “That is a personality type that should have gotten some psychological treatment.”

White took issue with Dukes’ statements equating post-abortive conditions with personality disorders, saying unless one has had an abortion they shouldn’t tell a post-abortive woman what she feels.

“OK, then, fine,” Dukes declared. “To the world: I had an abortion. And I’m not a drug addict, and I’m not an alcoholic.”

White defended herself, saying, “I’m not a drug addict, and I’m not an alcoholic. But I don’t live in denial, either.”

After White recounted how she was lied to about fetal development before her first abortion, Dukes continued to make it personal, replying, “Well, you did it twice. You should have done your research.”

White, who is the founder and U.S. director of Women for Life International and a worldwide speaker on the subject of abortion, told LifeSiteNews that she recognized Dukes as post-abortive prior to Dukes’ confirming it because of how hard, defensive, and angry Dukes was.

“I used to be that way,” White said. “I can pick them out of a crowd, because I walked in their shoes.”

White said that aside from trying to insult her by saying she had a weak personality, Dukes said outlandish things that White couldn’t rebut them, because she was sensitive to exposing Dukes' post-abortive status.

“I refrained from challenging her on a personal level,” she told LifeSiteNews.

White approached Dukes after the panel and spoke of burying the hatchet and working together in the Texas statehouse. White told LifeSiteNews their conversation was civil.

White also reached out to Dukes last week in the hopes of talking more with her, but has not heard back from her.

She said she wants to carry the post-abortion reconciliation message after taking office because, she said, Dukes is not the only post-abortive woman serving in the Texas legislature.

“I’m really hoping God will use me as an instrument of healing,” White told LifeSiteNews.

Post-Abortive Mother: Abortion will “bring about devastation that you had no idea could exist”
Post-abortive mom slams Sen. Wendy Davis for standing-up for ‘greatest crime against humanity’
Dear post-abortive moms and dads: you have already been forgiven
Why do pro-choicers deny post-abortion pain?