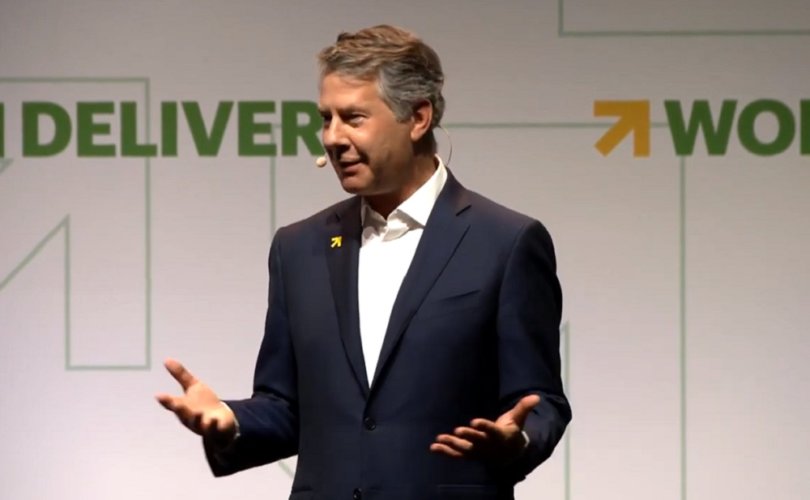 After President Trump put the policy in place upon taking office in 2017, Population Services International (PSI) hosted a conference call to explain how it would use the loopholes in the Mexico City Policy, now called the Protecting Life in Global Health Policy. The group would go on to receive over $180 million in 2018, even though they were not eligible.

When 59 Senate and House Republicans sent a letter to Secretary of State Michael Pompeo last week exposing the abuse of taxpayer funds, PSI took down evidence of the conference call, which had been posted on its website since 2017. It is still available in archival web records.

On the call, PSI’s Chief Operating Officer Dr. Christine Sow told members of the PSI network that they would have to restructure the organization to get around the Mexico City Policy. She made an example of Nigeria.

“To continue to do work in Nigeria we need a PSI branch office that can work in tandem with the local office to actually deliver the services,” she said. She explained that since local PSI affiliate, Society for Family Health, would be considered a foreign NGO, they would run afoul of the Mexico City Policy, and therefore they would have to get U.S. funds to the local organization through a local branch of the parent U.S.-based organization.

“We are trying to restructure in a way that we can sign those (USAID agreements), with a clear conscience… But at the same time we are still able to do the safe abortion work through other mechanisms,” she explained.

Sow also said that for the most part the Mexico City Policy did not have an enforcement mechanism aside from sporadic audits and therefore if individuals and their organization advocated for abortion it would not have any consequences.

“There is no way for them to follow-up with compliance or ding us for it,” she said.

This week, Population Action International (PAI), a lobbying group that promotes the interests of the global abortion industry, accused the pro-life Congressmen of a “malevolent intention,” in a newsletter. But they conceded that closing the loopholes “would essentially dismantle the legacy of more than five decades of U.S. leadership on family planning and reproductive health around the world.”

According to PAI, the pro-life Congressmen’s letter put a “bullseye” on “the largest and most competent service providers and recipients of USAID family planning and reproductive health program funding — because all unabashedly engage in the provision of legal, safe abortion services in developing countries with their private, non-USG funds.”