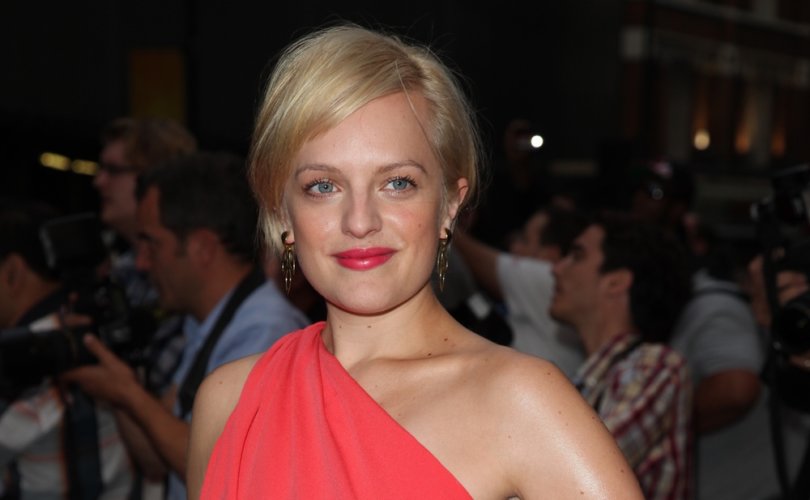 Elizabeth Moss will star in the pro-abortion film 'Call Jane.'Shutterstock.com

As highlighted by Townhall’s Amy Furr, no less than three films are in the works about the Jane Collective, an underground network that helped women obtain illegal abortions in the years before the 1973 case.

They include Cait Cortelyou’s Ask for Jane, Simon Curtis’ Call Jane, and Amazon Studios’ This Is Jane, ABC News reports, all of which tackle the material through a decidedly pro-abortion lens.

“I had hoped this film would come out and it would be historical relic,” said Cortelyou, a third-generation Planned Parenthood volunteer who hoped and expected that Hillary Clinton would win the 2016 election. “It's telling a story that’s still so chillingly relevant.” Judith Arcana, one of the collective’s original members who admits abortion is killing yet defends it anyway, is a consultant for and cameos in the film.

LifeSiteNews first reported on Call Jane last September. It will star The Handmaid’s Tale actress Elisabeth Moss as a pregnant woman who relies on the criminal organization to abort her child. Moss has “always gravitated toward projects with a strong feminist core, a defining theme of her work for the last few years,” a Vanity Fair piece declared at the time.

This Is Jane, meanwhile, is based on Laura Kaplan’s book on the collective, and will star Michelle Williams as its anonymous founder, known only by the pseudonym Jenny.

“We need to retell the history of women, because younger women don't know how hard women have fought to have control of their own bodies,” Women and Hollywood founder Melissa Silverstein told ABC. But “you have to have a good story no matter what your film is about.”

Arcana and Cortelyou agreed “the more the better,” with the latter declaring it a “story that needs to be told.”

There is one pro-life film set to go against the grain, however: Nick Loeb’s film simply titled Roe v. Wade. It features Jon Voight, Stephen Baldwin, and Stacey Dash among its cast, and bills itself as the “untold story of how people lied, how the media lied, and how the courts were manipulated to pass a law that has since killed over 60 Million Americans.”

The film explores Planned Parenthood founder Margaret Sanger’s eugenics ideology, former abortionist Bernard Nathanson’s conversion to the pro-life cause, pro-abortion activists manipulation of statistics such as the number of maternal deaths in pre-Roe abortions, and more. Loeb told Fox News’ Tucker Carlson in May that Facebook has “shadow-banned” his attempts to advertise fundraising for the movie, and most recently he announced plans to sue The Daily Beast for publishing details from a leaked, copyrighted copy of the script.

For both sides, all four films have taken on a heightened significance in light of President Donald Trump’s nomination of Judge Brett Kavanaugh to replace the retiring, pro-abortion Justice Anthony Kennedy on the Supreme Court.

While some pro-lifers have mixed feelings on Kavanaugh’s handling of abortion-related cases, both sides point to a 2017 speech suggesting that Roe was a “freewheeling judicial creation of unenumerated rights” as the biggest clue to how he would vote. Questions also remain as to how some of the current conservative justices, particularly Chief Justice John Roberts, would vote on Roe.