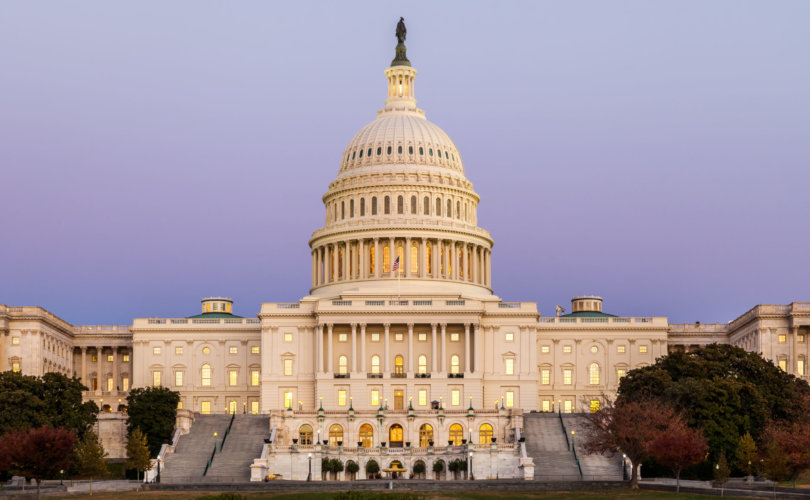 December 3, 2020 (LifeSiteNews) – As President Donald Trump’s legal team appeals to state legislatures seeking a remedy for massive voter fraud, a pro-abortion Democrat who lost an Iowa congressional race is challenging certified election results not in the state court system but in the Democrat-controlled U.S. House of Representatives.

Iowa state Senator Rita Hart lost the Nov. 3 race in the Second District to Republican pro-life doctor Mariannette Miller-Meeks by 47 votes out of a total of 394,383 cast and subsequently requested a recount. At the end of this process, Miller-Meeks maintained a six-vote lead and the state canvassing board met Monday to certify the election.

Miller-Meeks had expressed certainty that her opponent would “file suit” within the two-day window allowed by law. “The national (Democrat) party will be behind her doing this, I'm sure,” Miller-Meeks said.

But Hart's appeal to the U.S. House of Representatives rather than to the state judical system likely came as a surprise.

According to Politico, the “aggressiveness” of an appeal to the legislative branch “has stunned some Democrats.” Party members are concerned with “the optics of challenging certified election results” as President Trump appeals to state legislatures in an effort to address apparent election fraud in the presidential election.

Under the Federal Contested Elections Act of 1969, Hart’s petition would be handled by the House Administration Committee, which would conduct its own investigation before making a recommendation to the full House. At that point, the whole body would decide, by a simple majority vote, who to seat from that district.

This process was utilized on one other occasion in 1984 when the Democratic majority, under House Speaker Tip O’Neil, refused to acknowledge a certified Republican winner from Indiana and awarded the seat to a Democrat incumbent instead. The Republicans in the chamber responded with a walkout protest.

This legislative option pursued by Hart highlights the checks and balances placed in  governmental structures that allow appeals for redress to legislative bodies in the event that discrepancies in an election process produce a contested result. This is explicitly the case for presidential elections under the U.S. Constitution, where full authority is given to state legislatures to appoint electors to vote for the president.

In light of allegedly significant election fraud in the presidential election, including violations of the law by Democrat governors, judges, and state officials, President Trump’s legal team has argued for state legislatures, such as in Pennsylvania and Arizona, to take back their constitutional authority as a remedy for these grave violations that served to change the result of the election.

Thus far, as reported by The Epoch Times, Pennsylvania lawmakers have responded by introducing a resolution to dispute the results of the 2020 election due to the executive and judicial branches of their state government usurping “the legislature’s constitutional power to set the rules of the election.”

“Officials in the Executive and Judicial Branches of the Commonwealth infringed upon the General Assembly’s authority under the Constitution of the United States by unlawfully changing the rules governing the November 3, 2020, election in the Commonwealth,” the resolution states.

While legislatures in Arizona, Michigan and Georgia have welcomed similar hearings, Pennsylvania lawmakers have, at the time of this writing, taken the next step by calling on Gov. Tom Wolf to convene a General Assembly for Special Session on Election Oversight and Integrity.

In a prerecorded speech released Wednesday, President Donald Trump recommitted to defending the integrity of the voting system.

“As president, I have no higher duty (than to) to defend the laws and the Constitution of the United States. That is why I am determined to protect our election system, which is now under coordinated assault and siege,” he said.

“If we don’t root out the fraud, the tremendous and horrible fraud that’s taken place in our 2020 election, we don’t have a country anymore,” he continued.

RELATED:
Trump: ‘Our election system is now under assault and siege’ and as president I must defend it
Trump lawyer outlines voter fraud in seven states, accuses Dems of holding un-constitutional election
Female pro-life doctor wins US House seat by a mere six votes