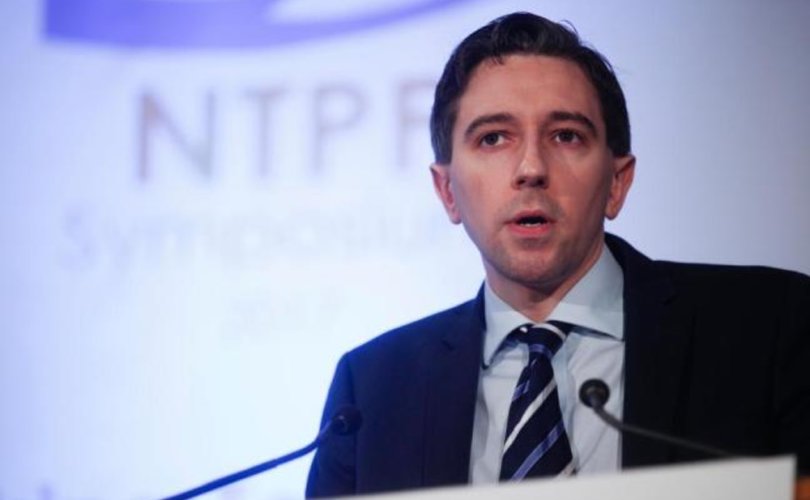 He “abhors” abortion for disability – but not all disabilities.

IRELAND, January 3, 2018 (SPUC) – Irish health minister Simon Harris has “warned” campaigners not to make non-fatal disability an issue during the referendum on the Eighth Amendment, the Times reports.

While the committee rejected the legalisation of abortion on grounds of “foetal abnormality” that would not lead to death before or shortly after birth, it recommended abortion up to birth for “fatal foetal abnormality.”

Organisations such as Every Life Counts campaign against terms such as “incompatible with life” and “fatal foetal abnormality” as being “hurtful, medically meaningless and misleading.”

As Martin McCaffery, a neonatologist and professor of pediatrics at the university of North Carolina, wrote in the Irish Times, the committee did not hear “from one physician describing counselling in which parents are told that with continued care their anencephalic child would likely be born alive, have a meaningful if short life, and the child’s birth would reduce later maternal mental health challenges. No doctor testified that labelling infants with trisomy 18 as 'lethal' is inaccurate and steeped in disability bias.”

The committee also recommended permitting abortion with no restrictions up to 12 weeks, and up until birth on the grounds of the mother's mental health, both of which grounds could be used to target children with disabilities.

Targeting the most vulnerable

SPUC's Dr Anthony McCarthy commented, saying: “It is clear that the health minister wants to distance himself from the unpleasant reality that the proposed legislation would certainly lead to babies with disabilities being aborted simply because they are disabled. Bearing in mind that 'fatal foetal abnormality' is not a medical term, and most babies with life-limiting conditions do live for some time after birth, what he is actually saying is that babies with more severe disabilities than others do not deserve to live.”

Mr Harris, who previously described himself as pro-life, also told the Times that “I did completely change my mind on abortion. I don’t know why I had the initial view I had. I came into the Dáil at 24 years of age, never had kids and I just had a traditional view. Since becoming a TD and particularly since becoming health minister, the more I meet people and listen to their experiences I genuinely have had a radical change in my view on this. I am not ashamed to say that.”

He also denied reports that the Government was planning to postpone the referendum.