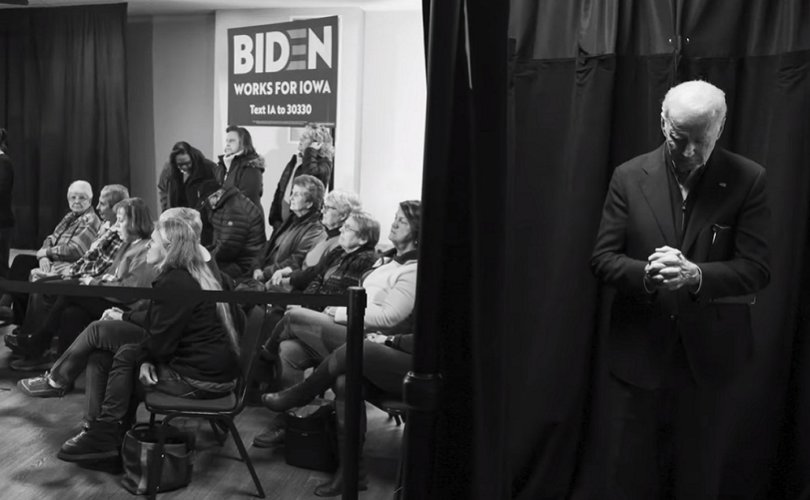 February 20, 2020 (LifeSiteNews) — Pro-abortion former vice president and 2020 Democratic hopeful Joe Biden has released a new campaign video featuring Pope Francis in which Biden says he goes to Mass and says the rosary and that faith is what has helped him through the most difficult moments in his life.

Last year, Biden told a PBS interviewer that Pope Francis gives him Communion, after he was denied Communion by a Catholic priest because of his public support for abortion.

Biden says in the new video: “Faith is what has gotten me through difficult times in my life,” which include the deaths of his first wife and eldest daughter in a car accident in 1972 and his son’s death from brain cancer in 2015.

At one point in the video, Biden says: “I go to Mass and I say the rosary. I find it to be incredibly comforting.”

Biden is shown in the video attending Mass, speaking from church pulpits, and praying with a number of different people. He is also shown meeting Pope Francis, with both men appearing to be smiling in the image.

Last month he said on social media that “transgender equality is the civil rights issue of our time.”

Biden was the frontrunner during much of the Democrat primary campaign but has now slipped to second place behind Bernie Sanders. According to the current RealClearPolitics polling average, Biden now has a 17.8% of the vote, 10% behind Bernie Sanders and less than 2% more than late entry Michael Bloomberg.