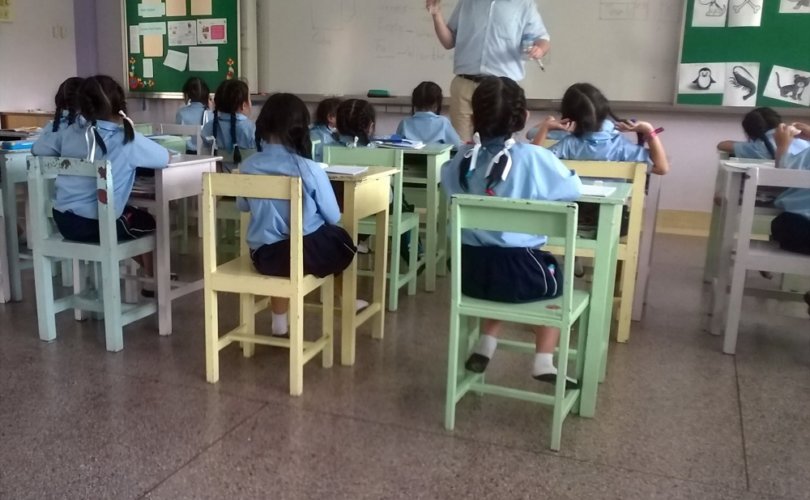 WASHINGTON, D.C., January 9, 2020 (C-Fam) — Even in a gridlocked and divided Congress, there is bipartisan support for initiatives to improve global health, end violence against women around the word, and improve girls’ access to education. But recent bills aimed at addressing these issues are being undermined within by references to strategy documents from the previous administration — many of which include highly controversial measures.

The Keeping Girls in School Act was introduced in both the House and Senate last April with identical language. While the Senate version remains stalled in the Committee on Foreign Relations, the House version was referred to the full body pending a vote last October. UNICEF USA, a U.S.-based organization supporting the UN children’s agency, issued a statement welcoming the House bill’s movement.

They noted that one of its results would be “codifying the U.S. Global Strategy to Empower Adolescent Girls.” What worries pro-life groups is that there appears to be no movement on the part of the administration to amend the controversial adolescent girl strategy, nor, so far, on the part of legislators to remove the problematic reference to it.

The Keeping Girls in School Act calls for officials at State and USAID to “review and update” a global strategy on adolescent girls, and operate under the existing strategy until that time.

The adolescent girls strategy was introduced  in 2016 and still guides the work of four U.S. government agencies, including the State Department and USAID.

The strategy contains multiple references to “sexual and reproductive health,” which has been condemned in international negotiations by the Trump administration for its use to promote abortion. However, the strategy goes even beyond that by referring to “sexual and reproductive health and rights,” which is language that has never been formally defined nor agreed to in binding international documents.

Abortion advocates have argued that no strategy to improve education or economic empowerment for women and girls will be successful without a health component — in which “health” must include “reproductive health,” which in turn must include abortion.

Legislation aimed at improving global education for girls could be written narrowly, leaving health issues to other laws and policies, with very limited references to such uncontroversial health provisions as menstrual hygiene. Another option open to pro-life lawmakers would be to include explicit provisions echoing the Protecting Life in Global Health Assistance policy, blocking funding for foreign organizations that promote or provide abortion.

Even if constraints were added to the Keeping Girls in School Act with regard to health, the U.S. Global Strategy to Empower Adolescent Girls includes reference to “comprehensive sexuality education,” another controversial term. In fact, international consensus does not support “comprehensive sexuality education” and it is rejected by nations and local municipalities around the world. Despite this, the legislation, which is aimed at ensuring girls receive a good education, would be implemented with guidance from a strategy promoting curricula that include abortion, gender ideology, homosexuality, and other sensitive subjects.

The Trump administration has not modified or replaced the prior administration’s strategy documents on several issues, including adolescent girls, gender equality, or USAID’s “LGBT Vision for Action.” All of these advance objectives that are incompatible with the stated priorities of the current administration.

The pro-abortion members of Congress do not have the power to rewrite the U.S. agencies’ strategy documents. However, they have increased their efforts to put the power of law behind these Obama-era strategies, inasmuch as the Trump administration allows them to remain in effect.