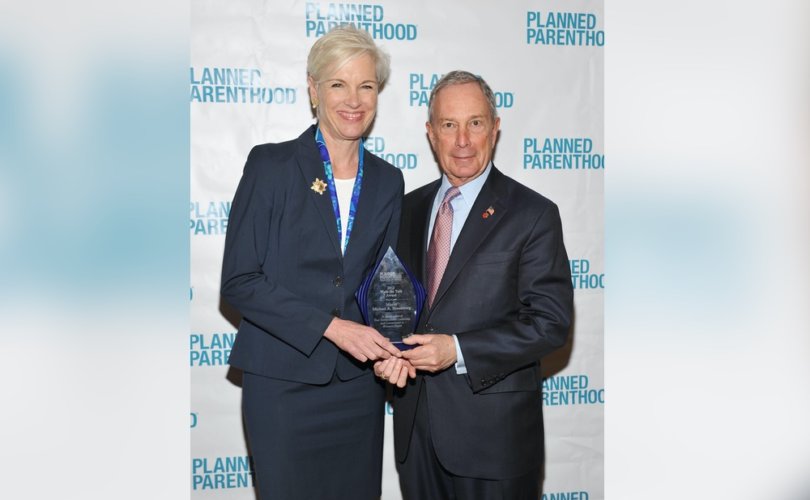 November 25, 2018 (LifeSiteNews) – Former New York Mayor Michael Bloomberg is joining the race for his party’s presidential nomination, the Democrat billionaire confirmed in an announcement this weekend.

“I’m running for president to defeat Donald Trump and rebuild America,” Bloomberg said in his announcement. “We cannot afford four more years of President Trump’s reckless and unethical actions. He represents an existential threat to our country and our values. If he wins another term in office, we may never recover from the damage. The stakes could not be higher. We must win this election. And we must begin rebuilding America. I believe my unique set of experiences in business, government, and philanthropy will enable me to win and lead.”

The announcement touts Bloomberg’s heavy investments in left-wing causes including Democrat congressional races and gun control and climate change organizations, adding that he will self-fund his campaign without accepting any donations.

Like the rest of the 2020 Democrat field, Bloomberg is a doctrinaire liberal on life and LGBT issues. Planned Parenthood awarded him its Global Citizen Award in 2014 for his pro-abortion record, including investments to decriminalize abortion abroad and enacting a “gag order” against pro-life pregnancy centers in New York City.

Bloomberg’s entry into the race follows reports that he had previously ruled out a presidential run, but was reconsidering out of diminished confidence that the current slate of Democrats could defeat Trump.

“He thinks Biden is weak and Sanders and Warren can’t win,” a source told the New York Post earlier this month. Bloomberg advisor Howard Wolfson confirmed the former mayor’s thinking to the Post, explaining that “we now need to finish the job and ensure that Trump is defeated — but Mike is increasingly concerned that the current field of candidates is not well positioned to do that.”