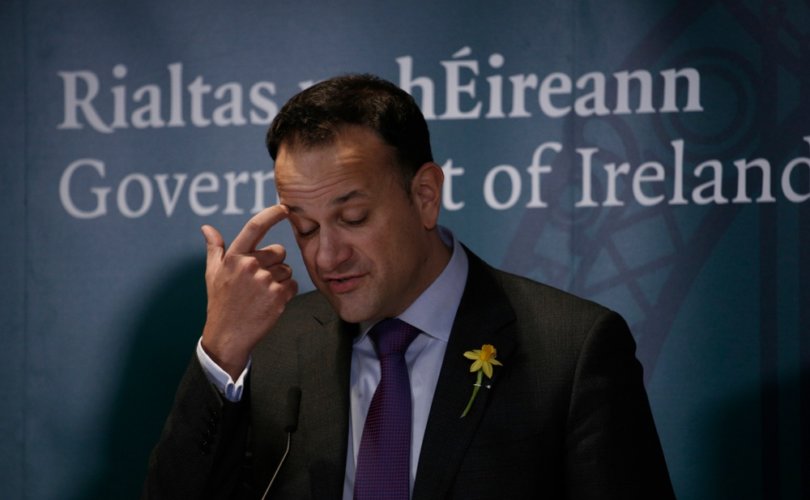 LONDON, July 24, 2018 (LifeSiteNews) — A letter calling on the Prime Minister of the United Kingdom and the Irish Taoiseach to discuss Northern Ireland abortion law at a government conference next week has been slammed as constitutionally inappropriate.

A group of senior politicians from the UK’s Houses of Parliament (both Lords and Commons) and from the Ireland’s Oireachtas (Irish legislature) — including Baroness Nuala O’Loan, Sir Jeffrey Donaldson MP and Senator Rónán Mullen — said in a letter addressed to Prime Minister Theresa May and Irish Taoiseach Leo Varadkar that the British-Irish Intergovernmental Conference (BIIGC) has no mandate to discuss issues clearly devolved to the Northern Ireland Assembly.

The cross-party signatories also expressed alarm that so many politicians from outside Northern Ireland seem willing to impose their views on those they do not represent.

The BIIGC was set up to consider non-devolved issues relating to Northern Ireland as well as areas of mutual concern between British and Irish governments. It was never intended to be a forum for discussing matters that are the sole responsibility of the Northern Ireland Assembly.

The full text of the cross-nation letter:

We are aware that a letter calling on you to use the British-Irish Intergovernmental Conference (BIIGC) to consider the issue of abortion in Northern Ireland is currently being circulated among British and Irish parliamentarians for signature. The letter contains a number of inaccuracies and fundamentally misunderstands the purpose of the BIIGC.

It is alarming to see politicians so ready to impose their views on a place that most of them do not represent, (and without regard to the wider political ramifications), a fact that is highlighted by their complete failure to understand the basic ground rule of the BIIGC as it relates to the governance of Northern Ireland.

We would be better served if colleagues demonstrated the same passion for understanding the governance of Northern Ireland as they did for looking for constitutionally inappropriate opportunities to foist their opinions on it.

The letter comes after reports in The Irish News that a letter signed by politicians from across Ireland and Britain is being organised to urge May and Varadkar to change Northern Ireland's strict abortion laws.

The pro-abortion cross-party and cross-nation letter is expected to be made public ahead of the BIIGC in London next week.

It is believed that dozens of signatures have been gathered from UK and Irish Parliaments, including MPs, TDs, MEPs and members of the Seanad and House of Lords, as well as MLAs from the Northern Ireland Assembly who also have been asked to add their names.

The Irish News claims to have seen a copy of the proposed pro-abortion letter. It calls on Westminster to decriminalise abortion in Northern Ireland by repealing relevant UK legislation.

The Irish News further claims that the letter goes on to urge the BIIGC to “agree a pathway forward” so that both the British and Irish governments “ensure that the spirit of the Good Friday Agreement is upheld and the human rights of the women living in Northern Ireland are respected.”

Northern Ireland’s pro-life laws have come under increasing attack after the Republic of Ireland’s abortion referendum in May.

This latest move from pro-abortion Parliamentarians comes after a successful lobby of Westminster by Northern Ireland politicians this week.