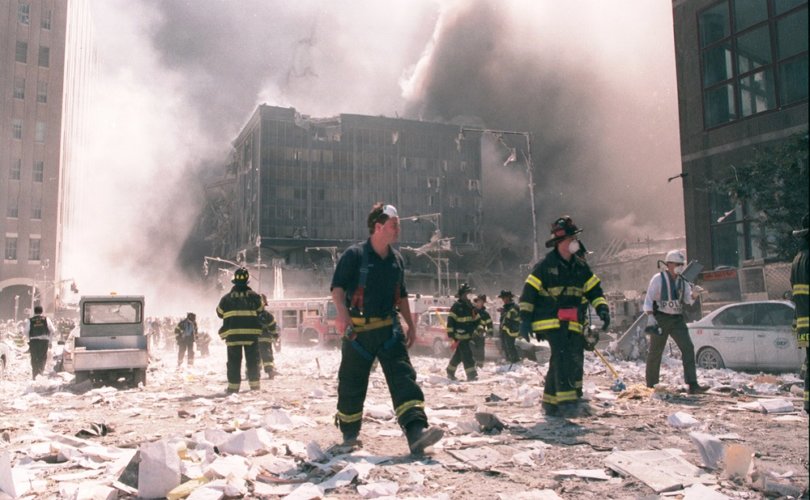 On September 1, 2001, a woman in Canada died from taking the abortion pill, and the news of her death was made public on September 10, the day before 9/11. Her death was overshadowed by the horrific events of that day, and Winikoff was glad for that. In a May 2020 interview with Columbia University journalists, Winikoff said, in part:

I remember the first day we heard about a death [from the abortion pill]… It was September 10, 2001… And that’s [the tragic attack of 9/11] what saved mifepristone.

And that was like, existential, like, ‘Oh my God. What is going on?’ And ‘is this going to be a problem?’ … Planned Parenthood was very worried and was thinking of taking [the abortion pill] out of its clinics. And this was after it was registered.

The woman had died from a serious infection caused by the abortion pill: Clostridium sordellii. Her death should have placed the abortion drug and those dispensing it under severe scrutiny. As Winikoff said, Planned Parenthood considered ceasing distribution of the pill. Yet it barely made headlines because of 9/11, leading Winikoff to express relief over the worst terrorist attack in United States history, which killed thousands.

Today, under the leadership of Winikoff, a Gynuity-sponsored TelAbortion trial mails the dangerous abortion pill to girls as young as 10. Outside the U.S., Gynuity has set up experimental abortion pill trials for late-term abortions, recruiting women and minors in West Africa. Gynuity has also announced its intentions to experiment on women in Latin America, and is currently sponsoring an experimental study in Mexico which will also seek participants as young as 10. Gynuity receives funding from investors who also fund the company that makes the abortion pill. This glaring conflict of interest should taint the results of Gynuity’s studies, and its founder’s obvious lack of concern for human life should concern everyone who cares about women.

Winikoff’s shocking comments simply serve as further proof that the abortion industry puts money over the lives of women — and human life in general. Here are some more examples:

The U.S. Supreme Court case June Medical Services v. Russo (formerly June Medical Services v. Gee) deals with a 2014 Louisiana law known as Act 620, or “The Unsafe Abortion Act,” meant to protect women by ensuring that any woman injured during an abortion can receive proper continuity of care at a hospital within 30 miles by requiring abortionists to have admitting privileges. All surgeons in the state’s outpatient surgical centers are required to have such admitting privileges, yet the pro-abortion Center for Reproductive Rights, the Hope Medical Group for Women, and two abortionists sued the state over the law — and won. Now it has reached the Supreme Court, and the decision could change the abortion landscape.

Secular Pro-Life explained that many abortion businesses use “(literal) fly-by-night abortionists, who come into town for abortions, fly back to their homes out of state, and leave the local ER to deal with any complications that arise.” One woman who sought an abortion in Louisiana from Dr. David Lee Golden discussed how she was abandoned by staff and had to take herself to the ER. According to the Amici Curiae brief in the current Supreme Court case:

[Golden] callously abandoned a woman named Audrey D. when she experienced excruciating pain following a surgical abortion. “He told her he had to go somewhere” but “did not return,” so he had “the nurses give[ ] her some Tylenol” and instruct her to “go home and lie down.” … Dr. Golden suspected that “the fetal skull remained in the uterus,” yet he “released her without performing an additional pelvic examination,” … or telling her that “he suspected the abortion to be incomplete.”

HEMORRHAGING WOMAN KICKED TO THE CURB

In a prime example of the abortion industry’s complete lack of care for its patients, Preterm abortion facility in Ohio kicked out a 25-year-old abortion patient at closing time even though she was hemorrhaging. In a 911 call obtained by pro-life watchdog group Operation Rescue, the woman said, “I’m outside Preterm and I’m bleeding heavy. Like they just — they just left me bleeding like this.” This act of abandonment is a violation of patient care standards, as patients must be stable when released. An ambulance arrived and took the woman to Metro Hospital for treatment.

Stories from inside U.S. abortion facilities are frequently horrific. Patients and former abortion workers alike have told tales of filthy clinics. Across the country — New York, Kentucky, Delaware, Missouri, Louisiana — abortion facilities have failed inspections and have been caught using rusty equipment. The list goes on and on. Even abortion industry leader Planned Parenthood is not immune to health and safety violations.

Abortionist Kermit Gosnell’s facility in Philadelphia was full of jars of baby parts and cat feces on the floors. Gosnell was convicted of first-degree murder against three infants — among the many — he had killed after birth by snipping their spinal cords, and involuntary manslaughter of a pregnant patient who died in his “House of Horrors” as well as multiple felonies and misdemeanors.

NO BACKGROUND CHECKS ON ABORTIONISTS

Abortion businesses in Louisiana have admitted they don’t run background checks on abortionists. Leroy Brinkley, the president of two of Louisiana’s three existing abortion facilities — Delta Clinic in Baton Rouge and Women’s Health Care Clinic in New Orleans — testified, “If they have a license and the state gave the license, it’s not for me to determine if they are capable.”

The director at June Medical — at the center of the current Supreme Court case — said he doesn’t perform background checks or even look into a doctor’s previous training. This lack of concern for patients’ wellbeing allowed Louisiana abortion facilities to hire an ophthalmologist (eye doctor) and a radiologist to commit abortions on patients.

The notion that abortion should be “safe, legal, and rare” has long been abandoned by the abortion industry. After all, it is profitable. Planned Parenthood has abortion quotas and awards its facilities for exceeding those quotas — which means abortion “clinics” are actually businesses selling abortion.

Dr. Deborah Nucatola, former Medical Director for Planned Parenthood Federation of America, was caught on undercover video admitting to illegally altering abortion procedures so she could secure intact baby body parts to sell for profit. She noted that many abortionists use ultrasound guidance — not to ensure that they don’t cause injury to the woman, but to ensure that they get the desired organs for researchers.

“We’ve been very good at getting heart, lung, liver, because we know that, so I’m not gonna crush that part, I’m going to basically crush below, I’m gonna crush above, and I’m gonna see if I can get it all intact,” she said.

Rather than ensuring the abortion is committed with the woman’s safety in mind — because the baby will die either way — these abortionists are altering how they commit the abortions in order to make money. Would they go so far out of their way to get perfect organs to donate to researchers without any financial benefit to themselves? Likely not.

Abortionists have a general disregard for human life in general. They suction and dismember the bodies of innocent humans in the womb. Some of them even leave the bodies stacked up or hidden in their cars or their garages, or toss them into dumpsters.

Gynuity’s Beverly Winikoff, in her insensitivity about the loss of life on 9/11, proves that abortion isn’t about “safe, legal and rare” and it never has been. It was and is about allowing the abortion industry to profit from killing humans without the fear of prosecution.

Author’s Note: Special thanks to Live Action News author Carole Novielli for her research and assistance with this article.