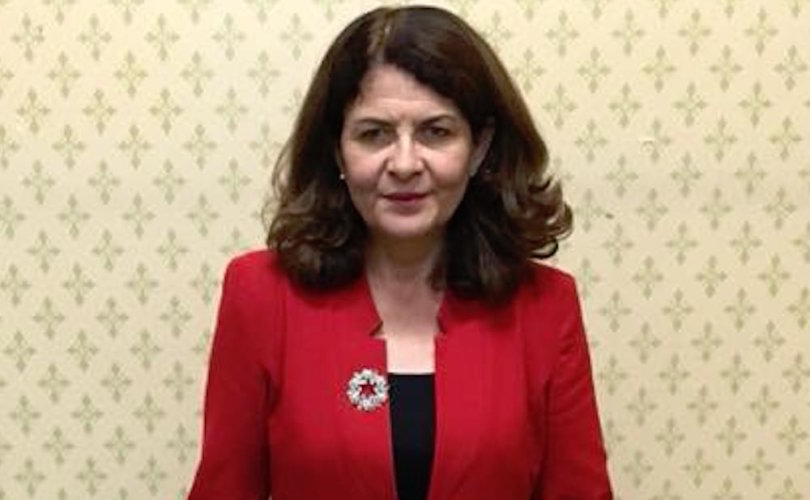 October 22, 2018 (LifeSiteNews) – Northern Ireland hasn’t yet joined the Republic of Ireland or the United Kingdom in legalizing abortion, but Labour members of the British Parliament have a plan to change that and force the province to stop protecting preborn babies.

Abortion is currently illegal in the province for any reason except saving a mother’s life, physical health, or “mental health.” Since the Irish people voted in May to repeal their constitutional amendment protecting preborn babies, pro-abortion politicians, lawsuits, and international organizations have been pressuring Northern Ireland to do the same. The pro-life province maintains that it has the right to set its own abortion laws.

This week will see the latest attempt to make that choice for it as Labour MPs push a series of votes to repeal the law, The Guardian reports. Diana Johnson of Hull North plans to start Tuesday with a bill repealing the 1861 Offences Against the Person Act. While negated in the UK and Wales since 1967, it remains in effect in Northern Ireland.

“I want to keep up the pressure on the government to allow MPs to have a proper vote,” she said. She and other pro-abortion advocates want to force Prime Minister Theresa May to intervene.

If successful, Johnson would then follow up the next day with an amendment to a bill expanding Northern Ireland officials’ ability to act independent of its assembly. She argues the bill is unclear on how abortion laws would be handled, and her amendment would call on Northern Ireland secretary Karen Bradley to “make provision” for repealing the 1861 Act. Others say the abortion amendment wouldn’t be germane to the bill’s purpose.

“This legislation is required to provide the Northern Ireland civil service with the certainty and clarity they need to continue to deliver public services in Northern Ireland,” a government spokesman said of the second bill. “Amendments will be considered by the Commons in the normal way.”

The left-wing Amnesty International UK released a poll earlier this month finding that 65% of adults in Northern Ireland support decriminalizing abortion. But the pro-life group Both Lives Matter released additional polling last week that found 93% believe the mother and child’s lives both matter in pregnancy, and 64% believing Northern Ireland should be able to set its own abortion laws without interference from the United Kingdom.

“It is a tired and sad vision for women which says they can only be free and equal when they have the ability to end the lives of their children at will,” Both Lives Matter co-founder Dawn McAvoy said. “Their campaign goes far beyond the hard cases in the context of GB where 98% of abortions involved physically healthy women aborting physically healthy babies […] Together we can find a more human way ahead which gives dignity and value to both.”