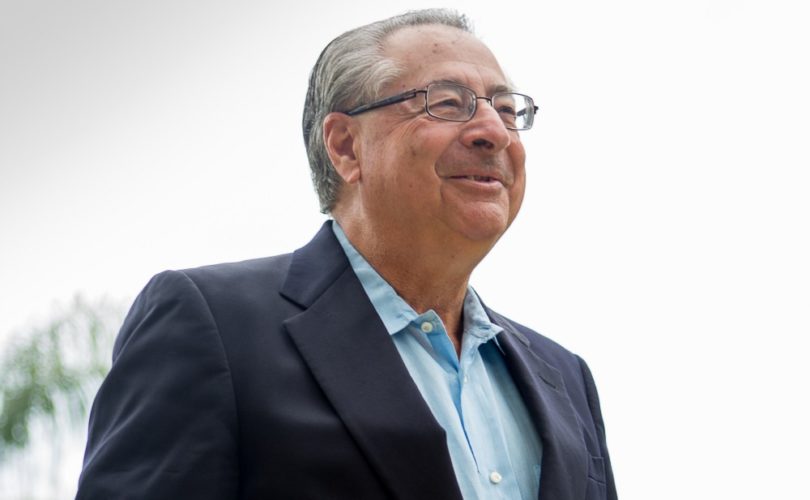 Tuesday's primary vote did not end well for the cause of the unborn in Florida's 18th Congressional District, as abortion supporter Carl Domino easily won the Republican nomination to run against pro-abortion Democratic Rep. Patrick Murphy.

It was a six-way race that largely ignored abortion, until earlier this month when Domino ran an ad attacking primary opponent Alan Schlesinger. However, the ad did more than draw attention to Schlesinger's record; it also brought scrutiny to Domino's support for abortion during his time in the state House.

In the ad, Domino claimed that Schlesinger “openly supports taxpayer-funded abortions.” Domino, the ad claims, “stands for protecting life.” However, in a statement to LifeSiteNews, Schlesinger campaign manager David Zuniga said that “the Domino ad is a distortion of the truth.”

“Carl Domino, ironically, is trying to come across as pro-life, despite having been an abortion supporter while in the state House,” said Zuniga.

In May, four of the six candidates, including Domino and Schlesinger, indicated that abortion was not an issue they wanted front and center of the primary race. Only Calvin Turnquest did not shy away from the issue, saying that he “openly opposes abortion.”

Palm Beach Post's George Bennett reports that Domino has had a mixed record on abortion votes during his time in the State House. In 2004, Domino supported a “judicial bypass” to the House's consideration of a parental notification amendment to the state Constitution. The bypass, which was supported by the abortion industry, failed in the House and passed the Senate. Domino eventually voted for the House bill that did not include the bypass, as well as the Senate version that did.

Likewise, in 2010, Domino opposed an amendment that would require ultrasounds before women get abortions. The amendment passed, and Domino backed the relevant health care bill.

Domino's campaign did not respond to a request for comment about the ad and his record. The campaign also did not respond to LifeSiteNews regarding praise for Domino in 2005 by Republicans for Choice and Planned Parenthood. Republicans for Choice described Domino as “a dependable advocate for choice during this legislative session” and “one of our few Republican allies left in the Florida House of Representatives.”

In May, Domino said he is “personally against abortion,” but also that “I will take an oath to uphold the Constitution and we've got to do that.” Last week, he said he is “a Catholic,” adding, “My position on the matter has always been the same, every election I’ve said the exact same thing. I’m personally against abortion, but the Supreme Court has ruled that before viability you cannot stand in the way of a lady getting an abortion.”

Schlesinger and Domino were joined by other Republicans in the race in supporting abortion. Beverly Hire said that she is pro-life, but also noted in May that “abortion politics are just being used as a wedge to avoid the other issues we can do something about right now.” She took advantage of Domino's ad to attack him, saying, “In Congress you can count on me to continue protecting life — unlike my fellow Republican Carl Domino.”

In May, Brian Lara said that while he opposes abortion “on a personal level,” the political situation in the country is such that getting rid of abortion is “not something that's up for debate right now.” And Nick Wukoson, whose daughter was considered a “high-risk” pregnancy, said on his campaign's website that the right to life starts when the embryo is formed. However, he told the blog Misguided Children that “women who need abortions should always have a place to go,” and on his website said that abortion is a states' rights issue.

Turnquest, who was endorsed by Red State's Erick Erickson, has been quoted as saying that abortion destroys “the right to life.”

Democratic Congressman Patrick Murphy, who has been in office since 2012, is a supporter of abortion. On his 2012 campaign website, according to OnTheIssues.org, Murphy stated that he “fully support[s] a woman's right to choose and believe that efforts to curtail this right amount to an unacceptable intrusion by the government into the private lives of its citizens.”

Murphy has a huge money advantage and is popular with voters. He also been endorsed by the influential Chamber of Commerce.