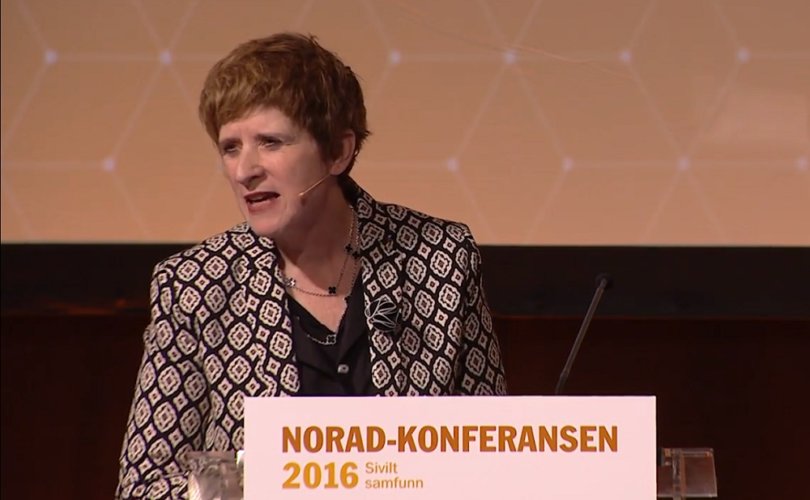 NEW YORK, May 22, 2020 (C-Fam) — The UN quietly let go a top human rights official and abortion activist rather than hold her accountable for having fabricated her credentials to justify her top-level position and high salary.

Kate Gilmore was expected to serve another term in her post as UN Deputy High Commissioner for Human Rights, which she held from 2015 to 2019, but she left to chair the board of trustees at the International Planned Parenthood Federation, the world’s largest network of abortion providers.

In November, Inner City Press reporter Matthew Lee alerted the public to the story. Lee accused the UN of not verifying credentials to justify Gilmore’s job and high pay, some $2 million over the course of her term.

Two whistle blowers in Gilmore’s office reported the discrepancies in May, 2019, after confirming with the universities that she had not earned the qualifications, Peter Gallo, former investigator at the UN Office of Internal Oversight Services, told the Friday Fax. UN staff regulations state that “staff members must uphold the highest standards” of integrity, including “honesty and truthfulness in all matters affecting their work and status.”

Gallo said that investigations director Ben Swanson and Assistant Secretary-General for Human Resources Martha Helena Lopez were notified of Gilmore’s untruthfulness, but neither pursued the matter, referring it instead to Secretary-General António Guterres.  Guterres dismissed it as “an error” on the website.

“Junior UN staff have been dismissed for similar fraud,” Gallo said, “but the Secretary-General appears to be willfully blind to the same misrepresentations by UN senior officials.”

Six months later, Gilmore’s online biography was changed to read, “Ms. Gilmore … has pursued post-graduate studies in social work and community development in Australia.” There is no post-graduate degree on the subject offered at the University of Melbourne, and the reference to Royal Melbourne Institute of Technology was dropped, Lee noted. Ms. Gilmore’s biography at Harvard University gives yet a different version, saying she has a bachelor’s degree, and not graduate degrees, from both University of Melbourne and the Royal Melbourne Institute.

Gilmore faced no disciplinary action and left the UN on full benefits. Before leaving, Gilmore had one of the whistle blowers transferred to a remote, powerless post. Both whistle blowers remain blacklisted, Gallo said, and their accusations against Gilmore for bullying them remain unaddressed.

Gilmore has long been a controversial figure at the United Nations. She held at top spot at the UN Population Fund and was often criticized for heavy-handed tactics with delegates from traditional countries, pressuring them to adopt prostitution and liberalize sexual norms. As Executive Deputy Secretary General of Amnesty International, Gilmore spearheaded the 2007 inclusion of abortion advocacy in Amnesty’s work as part of its response to gender-based violence. Gilmore was known for creating such a poor work environment at Amnesty International that the organization paid her handsomely to leave.

In her new role at IPPF, this week Gilmore condemned a letter from acting USAID administrator John Barsa to UN Secretary-General Guterres in which he said “sexual and reproductive health” is not humanitarian relief and should not be included in the UN’s emergency funding for COVID-19.