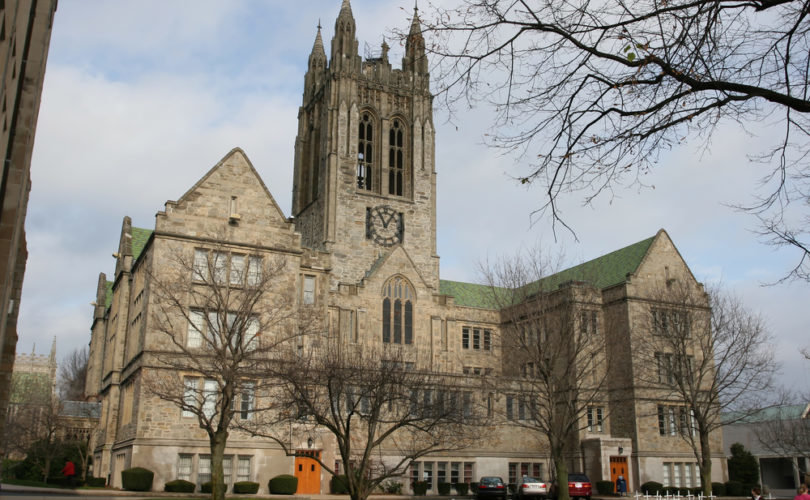 March 3, 2016 (CardinalNewmanSociety) — This past weekend, Boston College hosted Tina Tchen, assistant to President Barack Obama and chief of staff to First Lady Michelle Obama, despite her heavy involvement in abortion advocacy in direct contradiction to the moral teachings of the Catholic Church.

Sponsored by the College’s Graduate Student Association (GSA), the event was billed as an opportunity for students to hear about Tchen’s “experiences within the White House, the work she does for the advancement of women and children, and the challenges she has faced as both a woman and person of color in her career.”

The student newspaper, The Heights, reported that Tchen spoke to Boston College students “about several key progressive and social issues that are currently unfolding inside the White House under the Obama administration.” Her talk reportedly included discussion of “workplace flexibility, domestic abuse and women’s equality.”

The Cardinal Newman Society reached out to Boston College’s GSA to inquire whether Tchen’s history of abortion advocacy was addressed in light of the College’s Catholic identity, but no response was received by time of publication.

Tchen has spent a large portion of her career promoting legalized abortion, working with groups such as Planned Parenthood and NARAL Pro-Choice America. Her biography under the United States Department of Labor notes her status as “an active member” of the National Organization for Women (NOW).

NOW’s stance on abortion is provided on its website under the section, “Reproductive Rights and Justice,” which reads: “NOW affirms that reproductive rights are issues of life and death for women, not mere matters of choice. NOW fully supports access to safe and legal abortion. We oppose attempts to restrict these rights through legislation, regulation or Constitutional amendment.”

In 2011, Tchen was the keynote speaker for the Power of Choice Summit, a conference sponsored by NARAL Pro-Choice America. The Summit included “a session on dangerous ‘Crisis Pregnancy Centers’” and also discussed “anti-choice billboards.” And NARAL’s 2012 report on “choice legislation” was dedicated to Tchen and “women of the Obama administration” for working against “anti-choice tactics.”