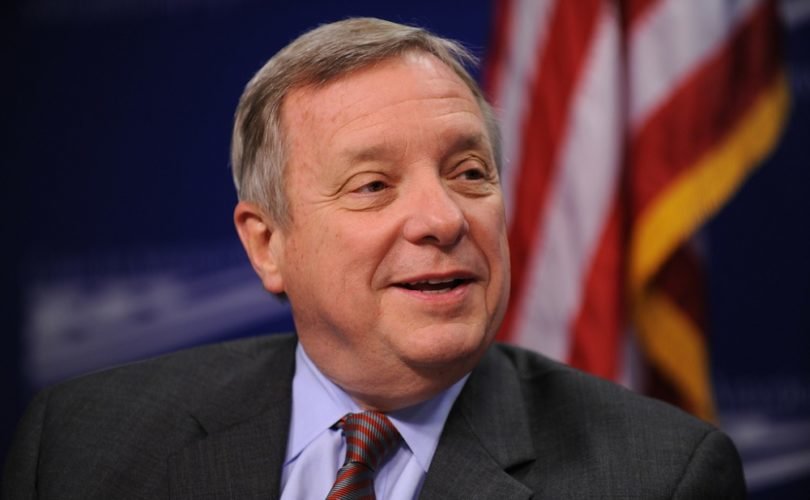 WASHINGTON, D.C., March 16, 2016 (LifeSiteNews) – In a discussion that showed the clear divide between pro-life advocates and supporters of abortion, two Democratic witnesses told a Senate committee that it was defensible to remove care from babies who survive abortions.

The comments took place at Tuesday's Senate Judiciary hearing about the “Pain Capable Unborn Child Protection Act.” The bill, a top priority of the pro-life movement, has passed the U.S. House and failed in the U.S. Senate.

During the hearing, entitled  “Late-Term Abortion: Protecting Babies Born Alive and Capable of Feeling Pain,” Senator David Vitter, R-LA, sought to clarify whether anybody “disagrees that a child born alive should get all available medical care for survival.”

Dr. Diana Greene Foster, an associate professor of Obstetrics, Gynecology & Reproductive Sciences and the director of research for advancing new standards in reproductive health at the University of California-San Francisco, told Vitter that “I can imagine there are situations where the doctors and nurses have decided that there's not a point in medical intervention, and by whisking the baby away you've taken away a woman's chance to hold her child and say goodbye.”

When Vitter clarified his question, Foster said that “the [20-week bill] says that the child has to be taken away and receive medical care if there are signs of life, which doesn't allow for the physician, or the nurse, or – more importantly – the wishes of the family to say that they don't think care will help in this case, and they want to be able to hold their child.”

Foster also argued that “doctors, and nurses, and women themselves, know best whether care would lead to survival. This bill doesn't allow for that judgment to be made.”

Former abortionist and now pro-life advocate Dr. Kathi Autman immediately disagreed with Foster, saying that “the worst complication for an abortionist is to have the baby born alive. And I do not feel an abortionist has the best interest of that child at stake. And the mother may not, either.”

“The bill is not saying you must give that baby extraordinary care – they're just saying you have to [give] them the same care you would give to any baby at that gestational age. … The mother can go with them.”

Christy Zink, who testified as a woman who had an abortion, said regarding her son that “there is a possibility that this situation in itself, that … diagnosis was not lethal. But if he had been born, he would have been born into a life of seizure, of pain, of suffering. And that to me, this question of survival, gets very complicated.”

Dr. Colleen A. Malloy, an assistant professor of pediatrics-neonatology at the Northwestern University Feinberg School of Medicine, told Zink that not all children “with seizure disorders … live a life of pain and suffering.” She also said that abortionists do not have the best interest of the child in mind.

In a press call after the hearing, Vitter told LifeSiteNews, “The reason I asked the question was because, from their perspective, I don't think there was any good answer. Either they agree … absolutely, if there's any child is born, including after a failed abortion, that any medical assistance should be [inaudible] survival, or they don't. And they basically didn't. They tried to muddle it up.”

The mostly tame hearing did have its tense moments, such as when Melissa Ohden, an abortion survivor and pro-life advocate, accused the Democratic witnesses of considering only mothers, not babies who survive abortion.

Religious liberty also worked its way into the hearing. As part of his praise for “family planning” during the hearing, Assistant Minority Leader Dick Durbin of Illinois, the Senate's number-two Democrat, said that “when we talked under the Affordable Care Act of extending the coverage of insurance to include contraception, we ended up in a battle royale over religious belief.”

The comments, a reference to the Obama administration's mandate that religious groups participate in insuring contraceptives, abortifacients, and sterilization, came shortly before Durbin tied the religious liberty fight to so-called “family planning” policies of the U.S. federal government.

Durbin's office did not respond to multiple requests for comment about a study showing that widespread access to contraceptives leads to more abortions or why the senator was dismissing religious liberty concerns.

Vitter also asked if any witnesses denied the existence of fetal pain in babies at 20 weeks' gestation. Jodi Magee, president and CEO of Physicians for Reproductive Health, said that research shows that no fetal pain exists until the third trimester. When Vitter asked why doctors use anesthesia on babies for other operations, Magee said she “cannot speak to the clinical question” asked by the senator.

Another witness, Charlotte Lozier Institute's Angelina Baglini Nguyen, said that only one study says fetal pain doesn't exist until the third trimester – the evidence is “heavily favored in the direction” that at or before 20 weeks' gestation, unborn children are “able to perceive and feel pain.”

After the hearing, Live Action president Lila Rose said in a statement that “today, America clearly saw the abortion industry's agenda: abortion on demand up until the day before birth, and babies who are accidentally born during an abortion should be left to die if that's what the mother and abortionist choose. In poll after poll, a majority of Americans reject this disgusting position and believe abortion should be restricted at least after 20 weeks.”

Rep. Marsha Blackburn, R-TN, who chairs the House of Representatives' Select Panel that is examining the fetal parts industry, said in a statement that “it is haunting that the testimony at the hearing revealed that abortion advocates believe the right to terminate a pregnancy continues after the child has been delivered.”

“Science tells us that these babies can feel pain and it is simply unconscionable that any organization would allow a child born alive to die – a position that was voiced during the Senate Judiciary Committee hearing this morning,” said Blackburn.