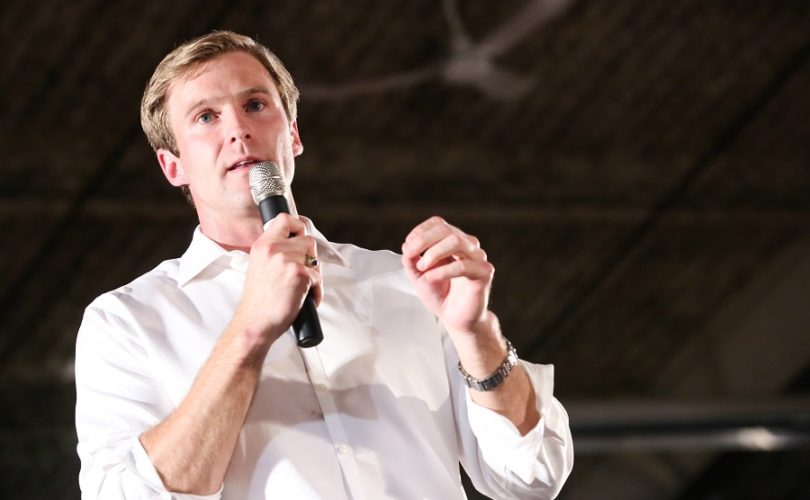 New Brunswick pro-abortion forces are mounting a full-court press on the newly-elected Brian Gallant Liberal government, claiming the lives of women are at risk every day Gallant delays on his election promise to improve abortion access.

Choix New Brunswick Choice has set up a timer on its website to inform those who care exactly how many days, hours, and seconds since Gallant was sworn in that his new Liberal government has done nothing to fulfill its election promise. At the time these words were typed on November 3, the timer had counted 27 days, zero hours, 26 minutes and 42 seconds. Exactly.

Why does that matter? Because, as a breathlessly one-sided CBC story revealed last week, existing restrictions were forcing many women to drive for hours to the U.S. or Quebec, to get the abortions they couldn’t get at home.

The CBC gives extensive space to the director of the Maine Family Planning Clinic, Kate Gawlor in Augusta, which it says now gets twice as many phone calls (two, instead of one) a week from New Brunswick but no more actual customers. Without a single sentence offered for rebuttal, Gawlor is allowed to attack New Brunswick’s existing laws, which restrict Medicare funding to those abortions that two doctors approve as “medically necessary.”

Gawlor says, “I mean, what does ‘medically necessary’ mean? That’s a pretty high hurdle.” Indeed, only 600 meet that standard in New Brunswick yearly, while another 400 were done at the private Morgentaler Clinic in Fredericton, for upwards of $700 apiece, until, that is, it shut down for financial reasons this Spring.

Even if the abortion is “medically necessary,” there is no Medicare entitlement if the operation is performed at a private clinic. But the requirement for doctors to sign on, complain the abortion advocates, delays the process, making the Morgentaler Clinic the only speedy, in-province alternative.

It’s not just the American and Quebec abortion clinics getting a bump in business thanks to the Morgentaler Clinic shutdown. So is New Brunswick Right to Life’s pregnancy center, sited beside the abortuary. “It’s up at least 50 percent,” pregnancy counsellor Martha Lakin told LifeSiteNews. “And once we show them a model of what their baby looks like, the majority of women decide to have it. They say, ‘Oh, I didn’t realize it looks like that.’”

Most come in at least six weeks pregnant, she added, by which time unborn babies have a recognizably human shape, with eyes, heads, and little fingers. “They were expecting a little blob of tissue,” she said. Lakin also tells her clients about the health risks of abortion, which she is pretty sure never happened next door.

Bringing to mind the bogus claims of abortion advocates in the 1970s about thousands of women dying yearly at the hands of “back-alley” abortionists, New Brunswick abortion advocates claim that women are risking their lives with “do-it-yourself” abortions since the Morgentaler Clinic shut down.

Jaden Fitzherbert of Reproductive Justice New Brunswick is one of them. But “women” turns out to be just one she knows of, who took four doses of misoprostol to abort her unborn baby, but the child’s remains failed to discharge from her body and she ended up in hospital, where she recovered. However, Kathleen Pye, with the same group, says she’s “sure” there are more New Brunswick women doing it, though she has no evidence at all. Misoprostol (or RU-486) is not approved in Canada but can nonetheless be ordered over the Internet.

Lakin says these one-sided stories of the risks women are taking, rather than have their own babies, are all part of the pro-abortion lobby’s efforts to get Gallant to deliver on his election promise.

This was reinforced by Jessi Taylor, another pro-abortion advocate. Gallant, she said, “has the opportunity to create real change, but every day without access the lives of New Brunswickers are put further at risk.”

But, it appears, the lives of unborn New Brunswickers are saved.