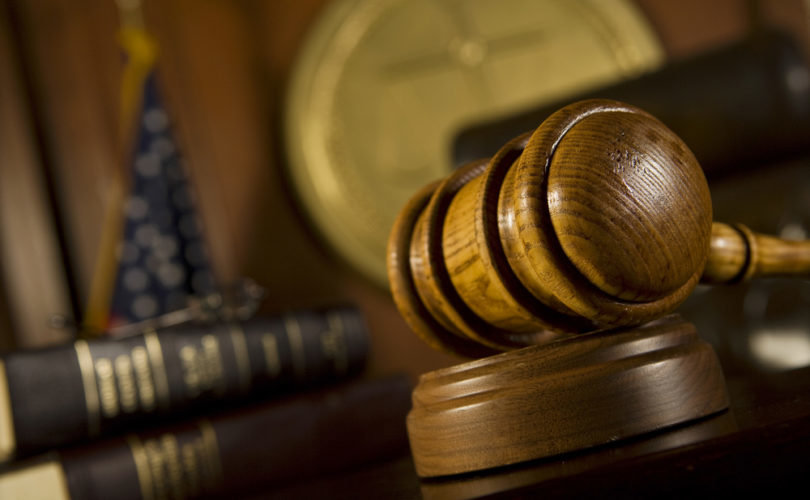 REGINA, Saskatchewan — Two prominent pro-family activists entered pleas of not guilty June 16 to charges of “mischief” after they were arrested on the University of Regina campus April 14 as they handed out literature on the dangers of homosexual activity.

Peter LaBarbera, president of Americans for Truth about Homosexuality, and Canadian activist Bill Whatcott were arrested after refusing demands by school security and city police to leave the campus.

“By challenging the unjust censorship, we are actually upholding the rule of law and democracy.”

Whatcott was the subject of a major court case over his controversial flyers. In February 2013, Canada’s Supreme Court ruled that he was guilty of hate speech for distributing the flyers in Saskatoon and Regina in 2001 and 2002.

“Notwithstanding the Supreme Court ruling I expect we will win in this case,” Whatcott told LifeSiteNews about the latest charges.

Thomas Chase, the University of Regina’s provost and vice-president of academics, told the Leader-Post after the arrest that school officials acted to protect campus members.

LaBarbera was in Canada to speak at the Saskatchewan Pro-Life Association's provincial conference in April.

He had initially been detained at the border by the Canadian Border Services Agency for alleged violations of Canada’s “hate propaganda” law due to what he might be intending to say at the upcoming conference.

LaBarbera said the customs agent went through his luggage, his phone and laptop, and played a DVD of a speech he had given earlier in the week. He then reviewed his organization’s website, pulled up the “about page,” and said, according to LaBarbera, “So you’re targeting an identifiable group of people based on sexual orientation.”

The formal document issued by CBSA agent Darren Banick for the denial of entry into Canada expressed concern that LaBarbera “may commit acts which would be against the Criminal Code of Canada.”

However, an appeal of the denial of entry resulted in a quick reversal of the decision.

“We didn’t even really have to make the case,” LaBarbera told LifeSiteNews at the time. “She just said they were unsubstantiated allegations.”

Whatcott told LifeSiteNews that he is fighting the charges leveled at him and LaBarbera by the University of Regina because freedom of speech is being systematically destroyed in Canada.

“University professors across Canada often use their positions to proselytize for Marxism, abortion, sodomy and anti-Christian bigotry. As a taxpayer I have to pay for these leftist activist academics and they seem immune from sanction even though Christian professors (if there are any) are expected to keep their views to themselves when they are on the job,” Whatcott said.

“In my view,” he stated, “by challenging the unjust censorship, we are actually upholding the rule of law and democracy.”