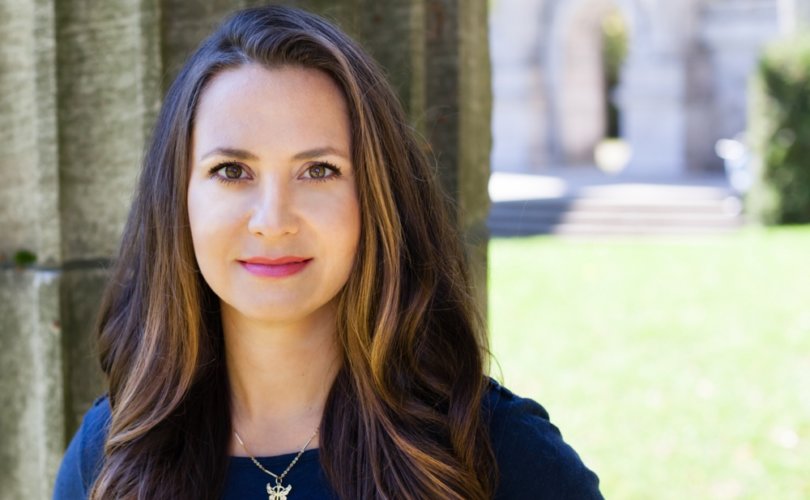 OTTAWA, March 1, 2018 (LifeSiteNews) — The fate of former PC Party of Ontario leader Patrick Brown and how to clean up the corruption he allegedly allowed in the party sparked heated exchanges between the four leadership contenders in Wednesday’s final debate at Ottawa’s Shaw Center.

Tanya Granic Allen, Doug Ford, Caroline Mulroney and Christine Elliott swiped at each other so much at times during the 90-minute debate that moderator Althia Raj, Ottawa bureau chief for HuffPost Canada, asked each to say “something nice” about at least one of their opponents toward the end of the evening.

Granic Allen alone among the four was adamant Brown would not run in the party under her leadership, not because of the allegations of sexual misconduct which led to his abrupt resignation a month ago, but because of the “corrupt manner in which he has run this party” since his election in May 2015.

“I’m not going to have Patrick Brown run for me. Read my lips,” she said.

Former MPP Elliott said she would allow Brown to run for the party in the June 7 general election if he cleared his name. Former Toronto city councillor Ford said he would sit down with Brown but that he was “zoned in on Kathleen Wynne.”

Mulroney, who is open to Brown running for the party, said she asked her rivals last week to join her in asking Brown to drop out of the race, but they did not.

Brown, who unexpectedly entered the race three weeks after resigning, ended his short-lived candidacy Monday, saying he was focusing on a lawsuit against CTV News, which first aired the allegations against him, the CBC reported.

Granic Allen, a social conservative endorsed by Campaign Life Coalition, repeatedly challenged her opponents to commit to re-opening nomination contests in ridings where aspiring candidates had been “bullied out of running” under Brown’s leadership.

She accused the PC Party leadership at Queen’s Park of fostering a “toxic culture” in which “people routinely have abused their power and position.”

“We have to address the corruption in our party, because if you want to deal with sexual harassment then you’ve got to tackle the climate, and that climate of doing what I want, how I want, when I want, it was a pervasive mentality in Queen’s Park with Patrick Brown,” Granic Allen said. “Are we going to address this big elephant in the room tonight?”

She also took aim at Mulroney, PC Party candidate for York-Simcoe, for being Brown’s “star candidate” and staying silent while “candidates were being bullied, while members were being stripped of their membership.”

As president of Parents As First Educators, Granic Allen has been speaking out against Brown, who infamously flip-flopped from saying he’d scrap the sex-ed to supporting it, for two years.

She didn’t put her name forward as a PC Party candidate “because I would not have been permitted to run under Patrick Brown, because I’m against the sex-ed curriculum.”

Mulroney, for her part, rebuked Ford, who said he witnessed ballot stuffing at the Scarborough Center nomination meeting, for not doing anything about it.

Ford said he “called the leader, called the president of the party” to no avail, and retaliated that Mulroney’s criticism was “pretty rich,” since she had been “parachuted into your area, no competition… maybe you should re-open your nomination.”

Mulroney told reporters after the debate that the York-Simcoe nomination was open. “There were no deals made … no one was discouraged from running,” she said, as quoted in the CBC.

Elliott provided a voice of conciliation after this exchange. “The star target here is Kathleen Wynne, not each other,” she said, to cheers and applause.

But she became nettled herself when Ford took a dig at her over the Liberal sex-ed curriculum, an issue raised by Granic Allen, who has vowed to repeal the controversial program.

Elliott said she supported consulting parents on the Liberal sex-ed curriculum and that it was not age appropriate, and when pressed by Granic Allen, said she would support giving parents advance notice when such subjects would be taught to their children.

At this point Ford, who says he’s open to reviewing the sex-ed in consultation with parents, interjected.

Elliott, who is taking her third run at the leadership, shot back that her views hadn’t changed since 2015. “Don’t make up stories, Doug. I have nothing to apologize to you about.”

Mulroney reiterated she would not reopen the sex-ed curriculum.

Elliott also spoke in support of conscience rights, stating she was “disturbed” by the “Wynne’s government insistence in picking a fight with doctors.”

Granic Allen drew cheers from the crowd when she vowed she would “take those wind turbines and I’m going to rip them right out of the ground” as one way to deal with high hydro prices.

Ontario families “are burdened by the cost that we’re giving to these companies who generate electricity we don’t need, that we sell at a loss to Americans,” she elaborated.

When Elliott disputed the feasibility of this plan, and argued the cost of cancelling the contracts would be punitive, Granic Allen asserted Ontario has “legislative supremacy” to do so, and referenced a Fraser Institute report.

With pundits proclaiming no frontrunner in the hastily organized race, online voting for the new leader begins Friday. Members must complete an online verification process by 11:59 p.m. Monday March 5 to be eligible to vote.

The new leader will be announced at a PC Party convention in Markham March 10.