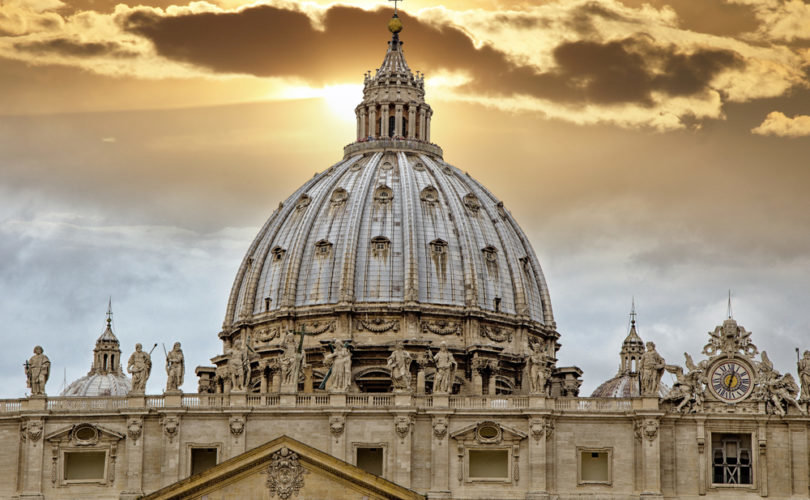 An international coalition of pro-family groups has rejected the mid-way report of the Extraordinary Synod on the Family, calling it “a betrayal”.Shutterstock.com

Voice
of
the
Family
Voice of the Family
Comments
3

Note: Voice of the Family, a coalition of 15 international pro-family groups, released this Monday morning.

The Extraordinary Synod on the Family's mid-term report is nothing short of a “betrayal” of Catholic and family values, says an influential pro-family group.

Mincing no words, Voice of the Family's British spokesperson John Smeaton said that “those who are controlling the Synod have betrayed Catholic parents. The Synod’s mid-way report is one of the worst official documents drafted in Church history.”

“Thankfully,” said Smeaton, “the report is a preliminary report for discussion, rather than a definitive proposal.”

Likewise, Irish representative Patrick Buckley said that the report “represents an attack on marriage and the family” by “in effect giving a tacit approval of adulterous relationships.” Additionally, “the report undermines the Church's definitive teaching against contraception, and fails to recognize that homosexual inclination is objectively disordered,” said Buckley.

Patrick Craine, Voice of the Family's North American spokesperson, said that the report “is not a faithful representation of the Synod discussions. Many Synod fathers have valiantly defended Church teaching inside and outside the Synod hall, yet their position is hardly reflected in the document at all.”

“The report is right to call for pastoral outreach,” said Craine, “but as Cardinal Ratzinger emphasized, outreach can only be done in the truth. As it is, the document undermines true pastoral care and can only do grave damage, in this world and the next, to those it purports to help.”

“It would be a false mercy to give Holy Communion to people who do not repent of mortal sexual sins,” said Voice of the Family coordinator Maria Madise, who said the report undermines Catholic families. “Will Catholic parents be forced to falsely tell their children that mortal sins like the use of contraception, cohabiting with partners, or living homosexual lifestyles have positive attributes?”

“Real mercy consists of offering people a clean conscience via the Sacrament of Confession and thus union with God,” concluded Madise.

“It is essential that the voices of those lay faithful who sincerely live out Catholic teaching are also taken into account,” said Smeaton. “Voice of the Family urges Catholics not to be complacent or give in to a false sense of obedience, in the face of attacks on the fundamental principles of the natural law at the Synod.”

About Voice of the Family:

Voice of the Family is an international lay coalition of major pro-life and pro-family organizations that formed to offer expertise and resources to leaders of the church, the media, NGOs, and governments before, during, and after the Catholic Church's Synod on the Family. Its membership includes 15 influential pro-life and pro-family groups across the world. Its principles focus on changing the Culture of Death through sacramental marriage, opposition to contraception and abortion, and empowering parents.

Learn more about Voice of the Family at https://www.voiceofthefamily.info