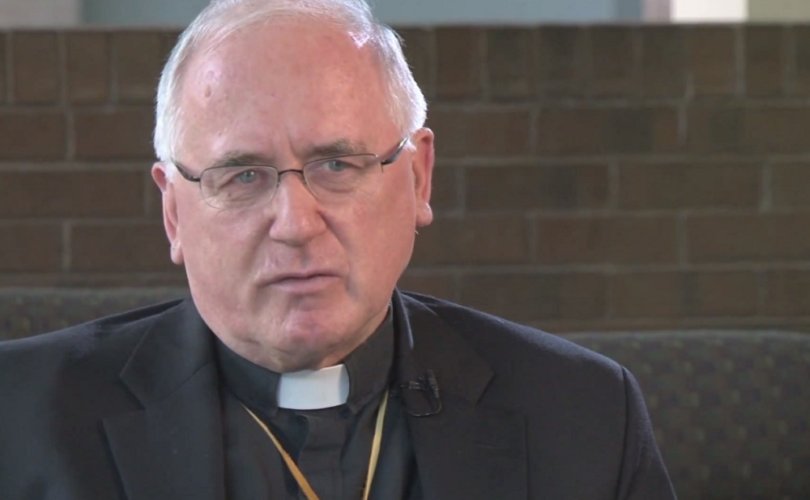 TORONTO, April 2, 2020 (LifeSiteNews) – A major pro-life and pro-family group is calling on Canadian bishops to directly speak out against the dangers of two pieces of legislation from pro-abortion Prime Minister Justin Trudeau that would ban help for people seeking to overcome unwanted sexual conditions.

In a letter sent to every bishop and cardinal in Canada, Campaign Life Coalition (CLC) President Jeff Gunnarson asked them directly to fight “conversion therapy bans,” stating precisely that they must speak out against Bill C-8 and S-202.

“I ask you, as Christ’s shepherd, to please share this news with your flock immediately. Then, begin publicly preaching and teaching against the dangers of C-8, and instruct all the priests in your diocese to do the same,” says Gunnarson in the letter.

“Silence, or turning a blind eye to this imminent threat, is not an option. Thank you in advance for your critical attention to this. I stress that your spiritual leadership is needed now more than ever.”

Canadian bishops in the past have spoken out against legislation they deemed problematic. The Canadian Conference of Catholic Bishops (CCCB) released a statement speaking out against euthanasia legislation in Canada, Bill C-7. They have yet to release a public response in regards to banning “conversion therapy” via Bills C-8 and S-202.

Bill S-202 is now before the Senate and would criminalize so-called conversion therapy, which it defines as:

Any practice, treatment or service designed to change an individual’s sexual orientation or gender identity or to eliminate or reduce sexual attraction or sexual behavior between persons of the same sex. For greater certainty, this definition does not include a surgical sex change or any related service.

In the letter to the bishops, Gunnarson mentions that the Trudeau Liberals claim that the legislation will not bar adults from obtaining “clinical or religious counseling” is simply not accurate. He says the truth is that “C-8 will make it de facto illegal, including the Catholic Church’s official ministry to support adults with same-sex attraction, Courage.”

Courage is an apostolate from the Catholic Church that helps men and women with same-sex attraction receive the love and healing of Christ. The international organization has five chapters in Canada.

Courage “will become de facto illegal in Canada because Bill C-8 provides a prison sentence of up to two years if the apostolate offers a website to promote the ministry,” says Gunnarson in the letter.

Gunnarson explains in his letter that Bill C-8 could accomplish “this backdoor goal by criminalizing the ‘advertising’ of conversion therapy. If Courage (and other religious ministries) is banned from publicly offering its services to adults, in reality, they are being prevented from ministering to parishioners, and will soon be forced to close. That’s the Liberal government’s goal.”

In the letter, Gunnarson says the bills “ensnare pastoral counseling, clinical psychotherapy, and parental conversations with their own children,” under the broad definition of “conversion therapy.”

He also states that “conversion therapy bans” are a direct assault against the Catholic Church. If they are passed into law, Gunnarson says that any efforts by priests or the laity to offer assistance to those seeking help to overcome same-sex attraction or gender identity confusion could result in a “five-year prison sentence.”

The letter concludes by asking the bishops to watch and promote CLC’s recent video series of testimonies of people who have directly benefited from counseling. The three CLC videos each highlight a person who has been healed from gender dysphoria, confusion or same-sex attraction.

“I ask you, as Christ’s shepherd, to please share this news with your flock immediately. Then, begin publicly preaching and teaching against the dangers of C-8, and instruct all the priests in your diocese to do the same,” says Gunnarson in the letter.

The first video released by CLC to combat the lies surrounding “conversion therapy” featured Canadian Robert John Wenman, who had hormone injections and surgery to live like a woman for 18 years. In his video, he asks Canada’s politicians to not ban counseling that he says saved his life.

The second video highlights the case of KathyGrace Duncan and shows that banning faith-based help could be detrimental in assisting those who want to overcome unwanted same-sex attractions.

Duncan lived life as a “man” for 11 years before Christ’s healing power saved her. Her video highlights her journey, as well as her plea with Canadian senators to stop legislation that would ban the types of therapy that helped heal her.

The third video in the series showcases a Toronto man, Keith Alexander, who was healed from living a life of homosexuality, drugs, and prostitution for 35 years. He directly calls on Canadian politicians to vote no to legislation banning “conversion therapy.”

CLC campaign manager David Cooke wrote a detailed blog about how Bills C-8 and S-202 are direct assaults on the freedoms of Canadians.

A petition by CLC opposing Bill S-202 titled “Helping LGBT Individuals Change Is Not A Crime!” currently has nearly 13,000 signatures.