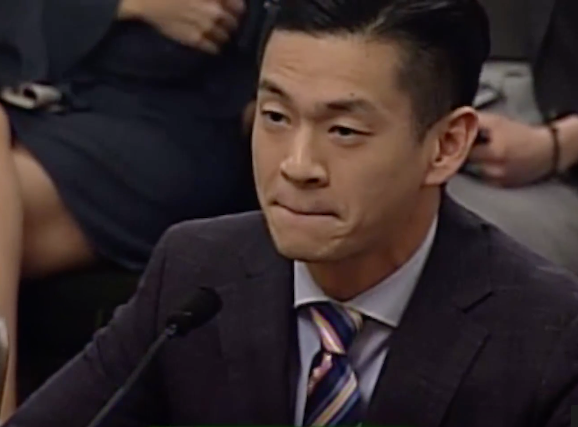 SACRAMENTO, California, September 7, 2018 (LifeSiteNews) – A group dedicated to representing those who struggle with and have overcome homosexual attractions is warning California Assemblyman Evan Low not to ignore those who left the homosexual lifestyle when attempting to revive his ill-fated ban on reparative (“conversion”) therapy next year.

Low, an openly-homosexual Democrat, withdrew Assembly Bill 2943 last week, despite the measure passing both chambers of the state legislature. AB 2943 would have barred minors and adults alike from obtaining “sexual orientation change efforts,” regardless of their wishes. Critics say its language was broad enough to ban the sale of books endorsing the practice, as well as other forms of constitutionally-protected speech.

Democrats and pro-LGBT groups denied those charges, but ultimately the protests of religious Californians proved too intense to ignore, leading Low to scuttle the bill instead of seeking a signature from Democrat Gov. Jerry Brown.

“I believe every person who attended these meetings left with a greater understanding for the underlying reason and intention of this bill to create a loving and inclusive environment for all,” Low said. “However, I believe there is still more to learn.”

But while various Christian groups thanked Low for listening to dissenting constituents, Low still intends to attempt a different version of the bill next year. Voice of the Voiceless says that now is the time to hold him to his pledge to listen to everyone.

“I don't see any evidence of Low traveling up and down the state. Could he please elaborate?” the group’s president, Daren Mehl, asked in a press release. “Please publish your agenda, the locations, and the people you met with. Why didn’t you post any of these meetings or summaries of the discussions you had on social media? Which faith leaders?”

Highlighting Low’s invocation of the “trauma he went through as a child, and the personal reasons why he was pushing this bill,” Mehl suggested the assemblyman may not be “in a place that he is willing to learn from our former homosexual community of Christians,” and that until he does so, any legislation to tackle the subject will be flawed.

“Low's path towards ‘full equality’ needs to also include former homosexuals and the rights of individuals with unwanted same-sex attractions and gender identity conflicts to receive the help they desire,” Mehl declared. “Otherwise, his words are simply empty rhetoric.”

Many former homosexuals such as Angel Colon and Drew Berryessa attest to reparative therapy’s success in improving their lives, and say they want Californians currently struggling with unwanted same-sex attraction to have access to the same help overcoming it.

“While recovering in the hospital I had time to reflect. I learned about forgiveness. Lord, I choose you,” Colon, a survivor of the Pulse Nightclub shooting, said in June at a rally for ex-homosexuals opposed to the ban. “I want others to have the freedom to experience this. Vote ‘No’ for AB2943.”

“We’re not talking about taking choices off the table,” another rally attendee, a former lesbian who’s now happily married to a man and has two children, said. “We are talking about putting more choices on the table.”

Pro-family advocates say that LGBT activists oppose reparative therapy not out of concern for children’s mental health, but because it undermines the ideological proposition that sex is biologically rooted and unchangeable.