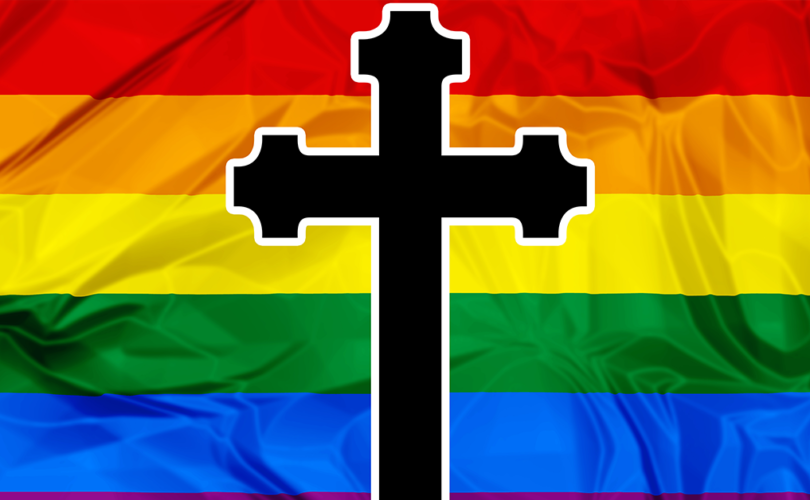 The CCHD, an anti-poverty organization run by the United States Conference of Catholic Bishops (USCCB), has been criticized for decades due to its persistent funding of organizations that promote abortion, contraception, homosexuality and Marxism.

The Lepanto Institute and LifeSiteNews launched the petition in light of the CCHD’s $750,000 grant to the Ignatian Solidarity Network (ISN), an organization caught giving a platform to the Vatican-condemned New Ways Ministry and promoting homosexual and transgender activism to high school aged students.

“In 2010, the CCHD issued a 'Review and Renewal' and apologized for funding organizations that violate Catholic moral teaching and the damage and confusion caused by them,” said Michael Hichborn, president of the Lepanto Institute. “But given the CCHD’s subsequent insistence on continuing to fund such organizations, it’s clear that the Review and Renewal was nothing more than an attempt at damage control.”

“Incredibly, rather than recognizing the clear and present danger of scandal posed to the souls of impressionable young people by exposing them to such filth, the CCHD actually claimed that these transgender workshops were not against Catholic moral teaching,” said Hichborn.

In an email to concerned Catholics, Alexandra Carroll, the USCCB’s Communications Manager for Social Mission, told concerned Catholics by email that “The Ignatian Solidarity Network (ISN) was not encouraging or promoting anything contrary to Catholic teaching.”

“Given this defense, it’s no wonder CCHD continues to fund radical pro-abortion, pro-LGBT organizations,” said Hichborn. “Our most recent report shows that CCHD has given $95,000 for the last two years to an organization that actively pushed for state-funded abortion in West Virginia.”

The Lepanto Institute’s most recent report shows that Call to Action for Racial Equality (CARE) participated in a campaign in 2017 to “defeat the proposed ban on Medicaid coverage for abortion.”

“Clearly, the CCHD has no moral compass and no interest in following its own guidelines,” said Hichborn. “That’s why we’re encouraging Catholics to contact their bishops to ask that they pull their dioceses from the CCHD collection.”

The petition can be viewed by clicking the link here.

The Lepanto Institute for the Restoration of All Things in Christ is a research and education organization dedicated to the defense of the Catholic Church against assaults from without as well as from within. Founded in 2014, the Lepanto Institute has exposed several instances of Catholic or Catholic-affiliated organizations being directly involved in events or other matters directly contrary to Church teaching. www.LepantoInstitute.org